It was a pretty momentous night for Team Arrow tonight -- and of course the return of Vertigo is something that had DC fans pretty excited.

There wasn't a whole lot else to look for tonight, in terms of Easter eggs and references.

It's been a while since S.T.A.R. Labs got such a prominent spot in the show, so we'll just mention that in the battle between Canaries in the first scene, we see a S.T.A.R. container box. 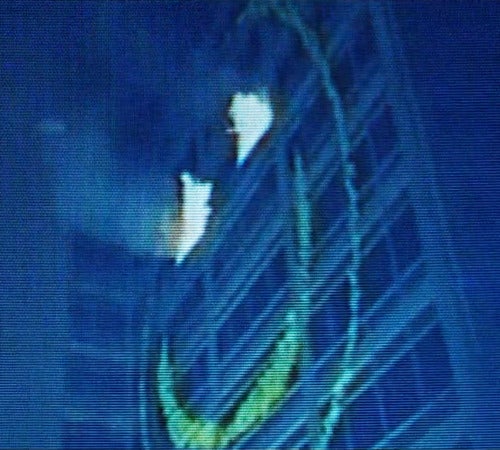 Almost certainly not intentional, but I couldn't help but feel like the two burning windows over Vertigo's grinning face in the rear-view mirror and the image above felt oddly similar.

Lame excuses are sort of an occupational hazard. 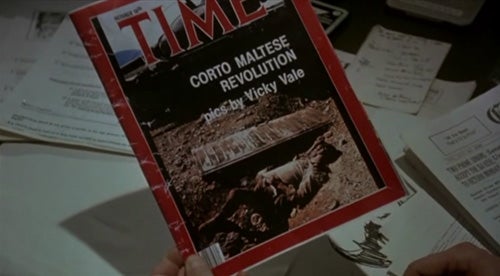 Again, this has come up before but it's been a while.

Named after an island off the coast of South America, the locale was created for Frank Miller's classic The Dark Knight Returns. It was referenced in Arrow's first season, when Oliver said that Deadshot had been operating out of the island prior to arriving in Starling City.

In The Dark Knight Returns, Corto Maltese was at the center of an event very much like the Cuban Missile Crisis. Since that event involved the Soviets, it could also be that the KGBeast is involved. His alter ego, Anatoli Knyazev, appeared regularly throughout Arrow's second season.

The Corto Maltese revolution was an event referenced in 1989's Batman, repeatedly cited as the news story for which Vicki Vale won international acclaim.

Does that company have a connection to Roland Daggett, a competitor of Bruce Wayne's from the DCAU?

As pointed out by several commenters below and on Facebook, Thea's nickname of Speedy got used bunches of times this week. Since it's been around for the whole series, I didn't really connect it as foreshadowing, but certainly when you add in the comments about her substance abuse problems (something Roy experienced when he was called Speedy in the comics), that makes it seem like they were pointing in a certain direction. (Thanks to regular commenters Mister_E and Jay!)

Similarly, as pointed out by T'Challa Soto below, the hallucinations kept calling Laurel by her full name, "Dinah Laurel Lance," more closely mirroring the Black Canary of the comics who goes by Dinah.

Terraforming Mars Gets a Dice Game