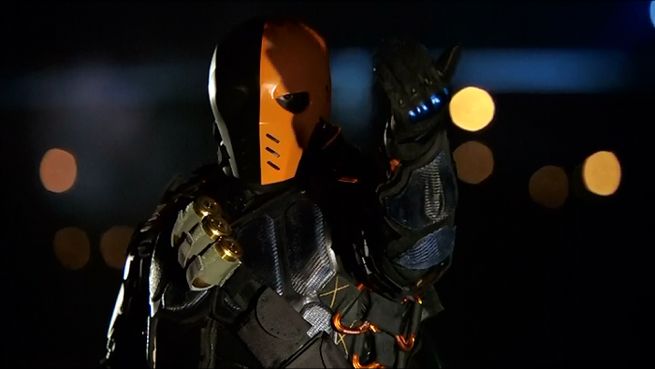 Following a report from last week, the creators of Arrow have officially confirmed Deathstroke’s return to the series.

Series  Executive Producer Marc Guggenheim revealed the title page of Season Three’s fourteenth episode, “The Return”, on Twitter, and wrote that the episode will feature the return of Manu Bennett, the actor who played Slade Wilson and Deathstroke on Arrow’s first two seasons. Guggenheim also said that filming of the episode begins today. 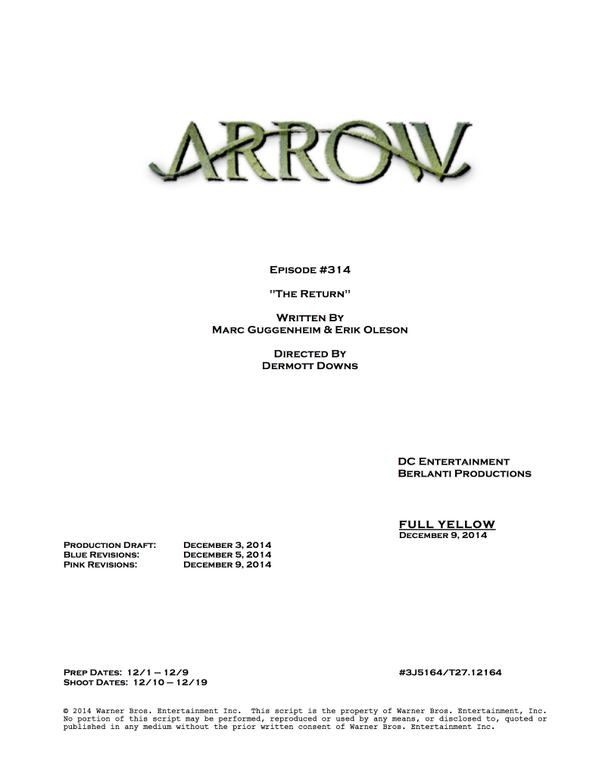 When viewers last saw Deathstroke in Arrow’s Season Two finale, Arrow had secured the villain in a supermax prison hidden on the secret island of Lian Yu. Deathstroke promised Arrow that he would escape one day and exact revenge.

But Guggenheim didn’t specify if Deathstroke would make good on that promise in “The Return.” Arrow may simply visit the prison to see Slade, or the show might feature the character in of its flashback scenes. Either way, fans can look forward to seeing Oliver's arch-rival soon.

Arrow’s midseason finale, “The Climb,” airs tonight at 8:00 p.m. with an epic clash between Arrow and Ra’s al Ghul. That should keep the Emerald Archer plenty busy until Deathstroke’s return.