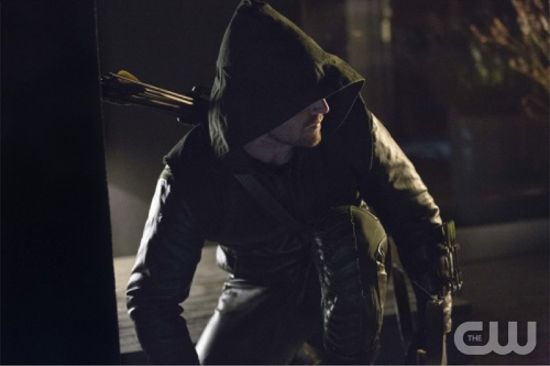 Arrow got off to a great start on The CW last night. Arrow scored 4 million viewers, which made it the highest rated TV show on The CW in the last three years. Even better news for The CW is that the overall reaction to the show seems to have been highly positive, so many of those viewers are likely to return for future episodes. We’ve compiled a list of five reasons why Arrow was a success.

5. Stephen Amell Is A Superhero – A television series can live or die by the lead character. No matter how good the writing might be, a series will often fail if the main actor isn’t convincing in their role. Fortunately, Stephen Amell proves to be completely believable as a superhero. He’s got the build, and he’s got the attitude.

4. The Supporting Cast Was Interesting – Not only is Amell a star, but he’s got a great supporting cast around him. All too often action shows regulate supporting characters to be little more than cardboard cutouts. However, Arrow has crafted a complex supporting cast, which left us wondering who the were the good guys and who were the bad guys.

3. The Jokes Were Funny – When comedy is used in superhero TV shows, it is usually done poorly. Campy jokes can fall flat and ruin a show. However, Arrow included just the right amount of humor, and the jokes were actually funny. We still can’t help but to chuckle when remembering how Tommy Merlyn told Oliver Queen that he was better off not knowing what Twilight was.

2. It Was Fast-Paced – There’s nothing worse than an action show that drags on and on. The best shows are the ones that just fly by. There was never a slow moment in Arrow. Things kept moving forward from beginning to end.

1. A Sense Of Mystery – Part of the success of LOST was that it created a sense of mystery that kept viewers coming back to see how things turned out. Arrow has successfully created that same sense of mystery. The pilot episode raised a ton of questions, which we can’t wait to find out the answers to. What happened in the five years on the island? Will Tommy Merlyn betray Oliver Queen? Will Dinah Laurel Lance become the Black Canary?

Arrow: Five Reasons It's A Hit

The Legend of Zelda: Skyward Sword HD Review: A Satisfying Restoration of an Overlooked Gem

My Hero Academia: Is Mineta Actuallty A LGBTQ Character?

Titans: Here How Much of Season 3 Has Been Shown in Trailers