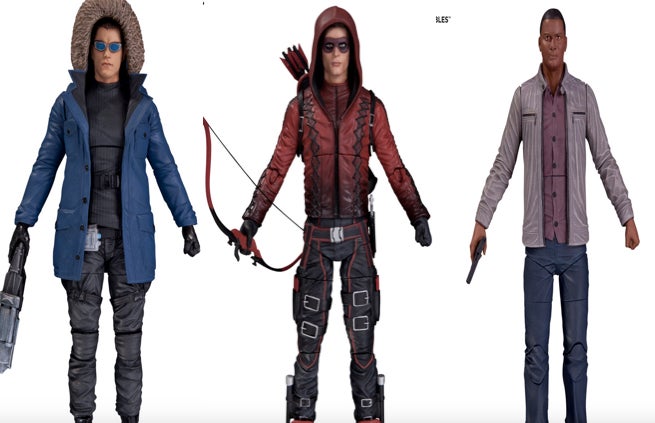 You know you've made it in the comic book world when your likeness becomes immortalized in an action figure or collectible. And though the cast of The CW's Arrow and The Flash certainly didn't need another piece of affirmation that they're successful series, DC Collectibles' new action figures based on each show certainly cements it.

As DC Collectibles revealed today, fans can now create their own superhero and soap operatic adventures with Starling and Central City's biggest heroes. Arsenal, Diggle, Felicity Smoak, and Captain Cold will get the action figure treatment this October, joining the pocket-sized versions of Stephen Amell's Arrow and Grant Gustin's Flash.

Also up for grabs this October are a replica of the famous Flash ring that, ironically, The Reverse Flash wears on the hit CW series, and a replica of Doctor Fate's helmet, which has appeared on NBC's Constantine.

Check out the collectible goodies in the gallery below, and rest easy with the knowledge your favorite DC Comics shows have done well enough to merit their own collectibles (except Constantine—that one's still up in the air).