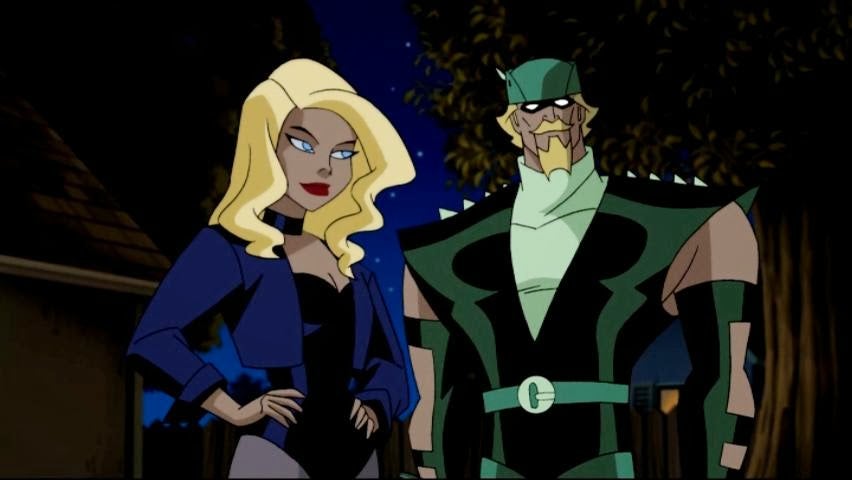 As one of DC's oldest characters, Green Arrow has hosted some of the publisher's best stories. Maybe it's the talent he attracts. Maybe it's his relatability as a working class superhero. Maybe it's the goatee. Regardless, Oliver Queen's distinct personality always creates entertaining fodder for whomever he meets, making for some truly entertaining team-ups. He gets around, and for good reason. With Green Arrow's first live-action team-up with the Flash in tonight's episode of Arrow, we celebrate the sharpest-shooting partnerships throughout the Emerald Archer's history. 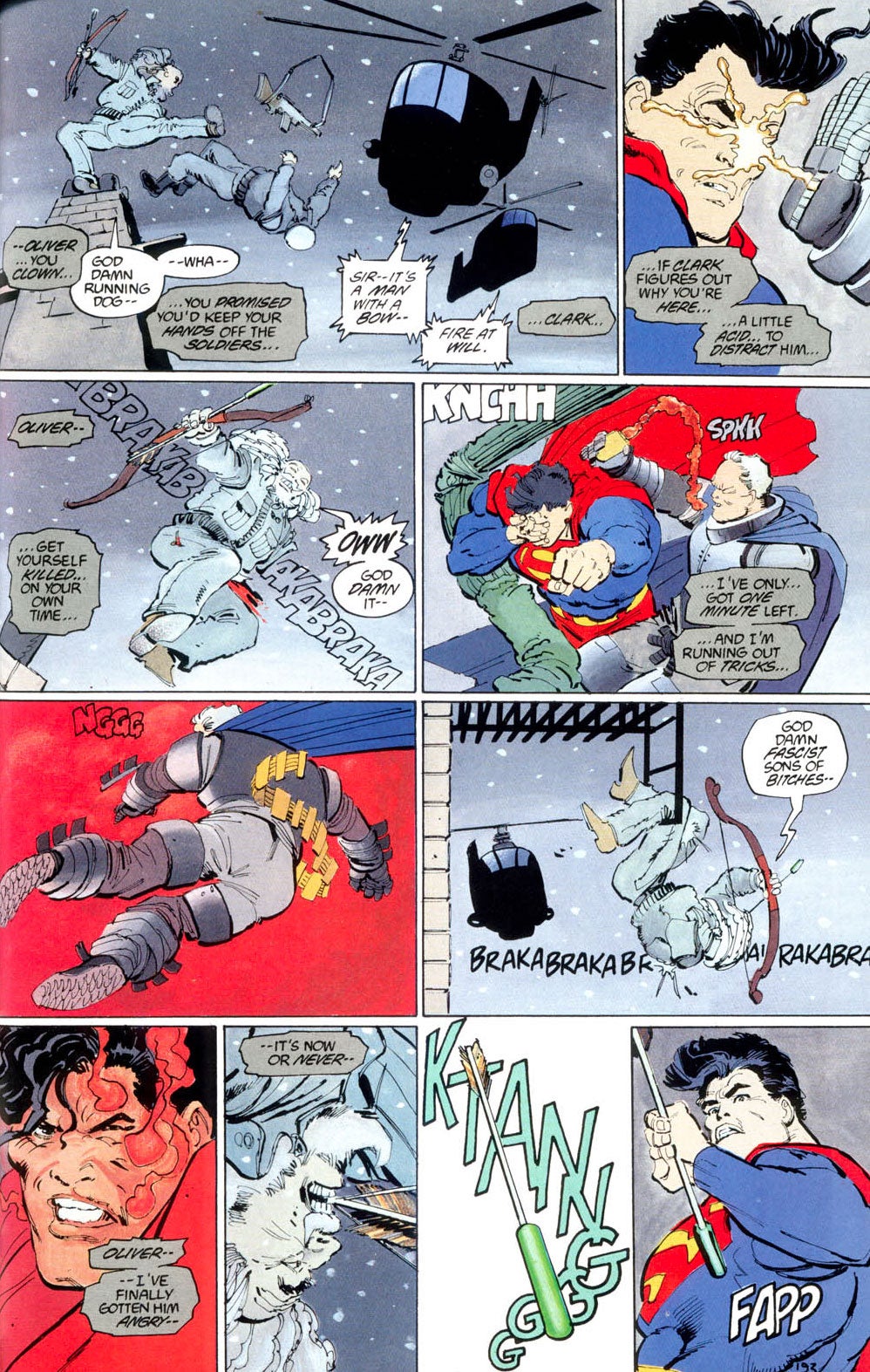 Where: "Batman: The Dark Knight Returns #4"
Set many years into a possible future, Bruce Wayne enlists an armless Green Arrow for his upcoming slugfest with Superman. A crotchety left-wing liberal, old Ollie can't wait to drive an Arrow into the Big Blue Boy Scout. The brief dynamic between a seasoned Bruce Wayne and Oliver Queen plays out perfectly, as Bruce plays the stoic wiseman and Oliver plays the prodding, cantankerous old fart. Green Arrow naturally doesn't follow Batman's script to a T, but he delivers the crucial Kryptonite-Napalm arrow that weakens Superman enough for Batman's match-ending blows.Those hands around Superman's throat that Batman likes to brag about? They wouldn't be there without Green Arrow. 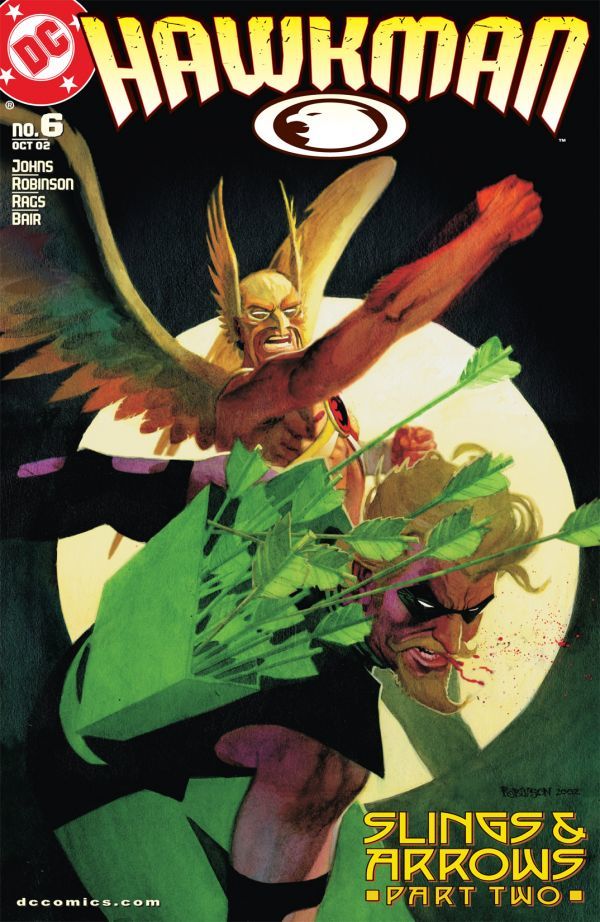 Where: "Hawkman #5-#6"
Man, these dudes hate each other. The right-wing Hawkman and left-leaning Green Arrow have never seen eye-to-eye on any issue, making any team-up about as disastrous as US Senate session. But comic readers need their drama, which Geoff Johns delivered in his two-part tale with Oliver Queen and Carter Hall. The reluctant allies must set aside their personal differences to stop a serial killer plaguing Hawkman's city of St. Roch. Needless to say, some feathers get ruffled. Green Arrow and Hackman catch the crook, ultimately realizing that they even though they'll never get along, they can can learn to tolerate each other just enough for the mission at hand.

Where: Justice League Unlimited episode: "The Cat And The Canary"

Green Arrow has shared plenty of adventures with his ladylove Black Canary in the comics, but their best team-up may be in Cartoon Network's Justice League Unlimited series. By dialing the duo's romance back to a mere mutual attraction, the series let Arrow and Canary stew in all that juicy romantic tension. In "The Cat and the Canary," Green Arrow and Dinah Lance flirt as much as they kick butt, providing plenty of humorous moments for the smitten Green Arrow. At one point, he even gets jealous over Canary's relationship with mentor Wildcat, mistaking the old man is a romantic rival. But Arrow's affections were more than skin deep. As Oliver takes an enormous sacrifice for Black Canary, he demonstrates just how far he'll go for his "pretty bird." 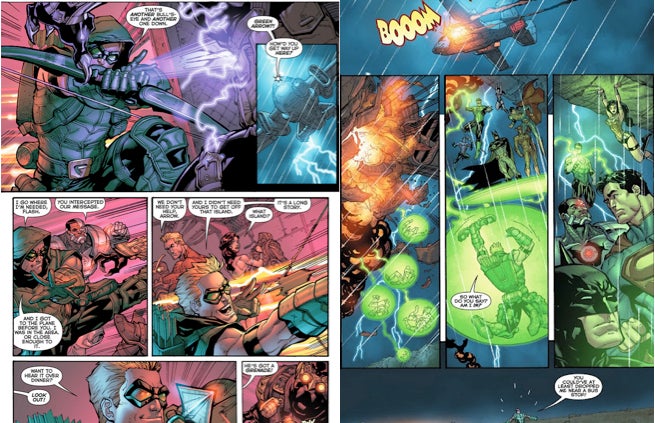 In New 52 continuity, Green Arrow is demoted from a founding member of the Justice League to an outsider desperately seeking access to the big boy's club. Bummer. Fortunately for readers, Oliver Queen's struggle to impress the Justice League makes for a humorous read in the otherwise super-serious title. While Ollie normally plays the preaching, wiseman role in his team-ups, Earth's Mightiest Heroes bring a refreshing role reversal as the seasoned vets. Wide-eyed and eager to please, Green Arrow keeps crashing the Justice League's missions to prove that he's League material. In Ollie's affable efforts, he actually comes off as a bit of a goofball. That doesn't exactly mesh with the League, who brush off Oliver's unrequited respect with each failed attempt. But don't worry, Green Arrow eventually finds his niche with another team of superheroes. 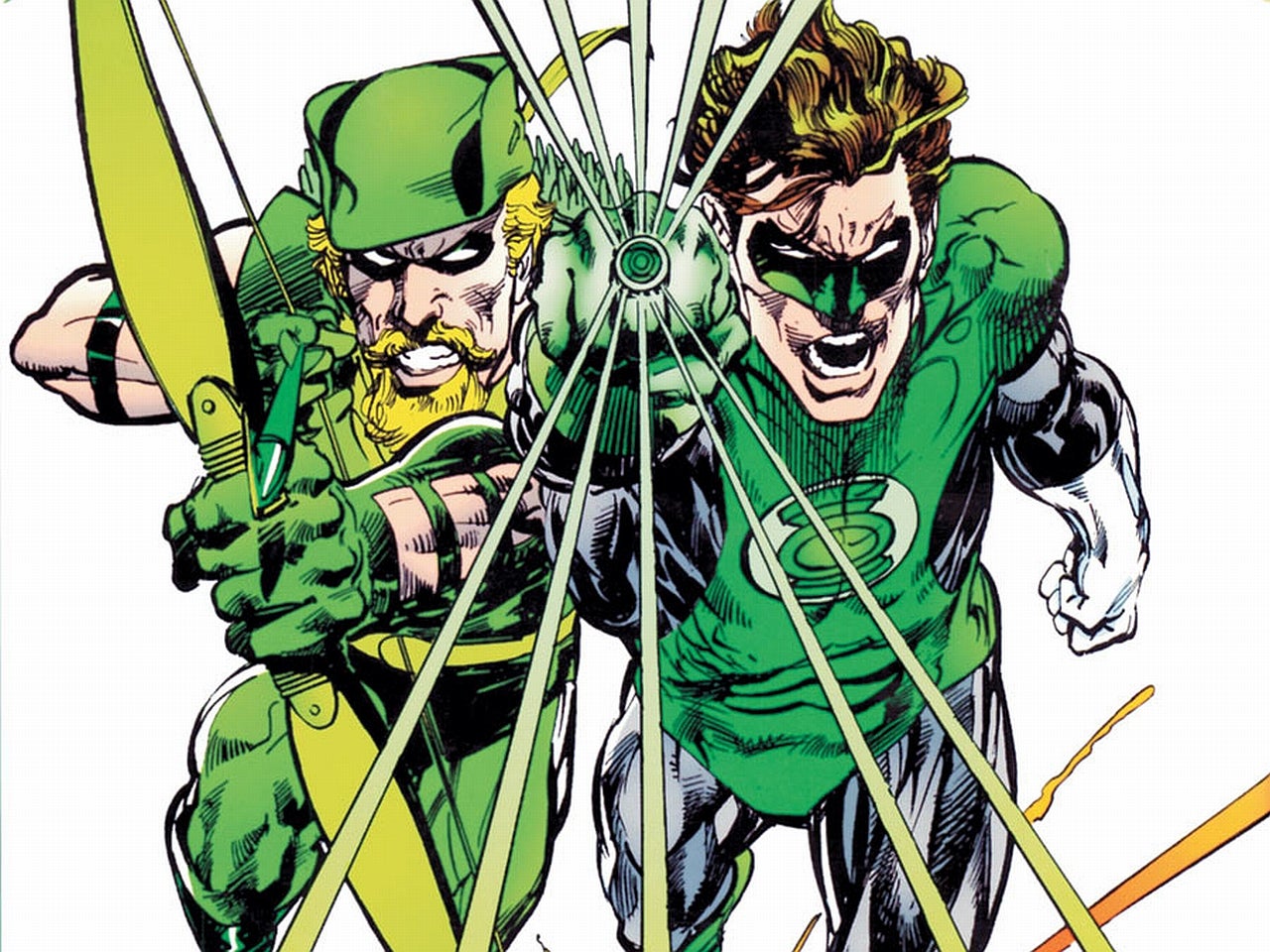 Back in the pre-New 52 days, Green Lantern and Green Arrow were the best of buds. The bromance spawned dozens of great team-ups through the decades, but their best partnership will always be their first. In Green Lantern #76, creators Denny O'Neil and Neal Adams took over title, and brought Oliver Queen as a co-star with them. Green Arrow's liberal, authority-questioning presence injected new life into Green Lantern, forcing Hal Jordan to reevaluate his place and purpose in the galaxy. Knowing that he'd only understand the plight of humanity from a perspective like Green Arrow's, Hal joins Oliver in a road-trip to discover the "True America." As the Hard-Traveling heroes, Green Arrow and Green Lantern tackled real-world issues like racism and drug abuse, and pushed what comic books were capable of.