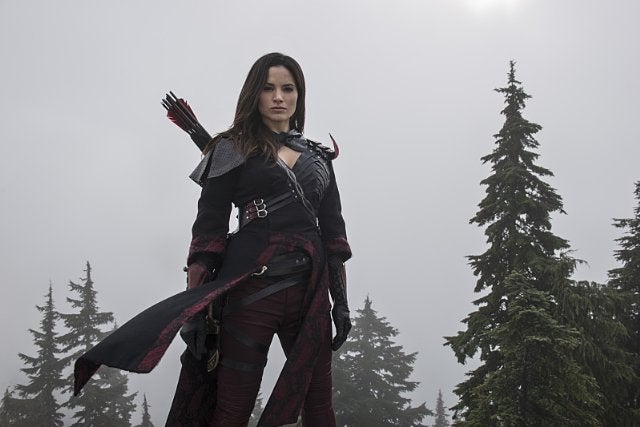 With Arrow and The Flash returning from winter hiatus this week, executive producer Greg Berlanti had much to share.

In a recent interview with Collider, the executive producer shared what's in store for both shows, the characters as well as his upcoming Supergirl series on CBS.

Berlanti also gave a sneak peek on what to expect regarding Firestorm.

"Episodes 13 and 14 almost play like a Firestorm origin story, which has been exciting for me," he said. "It was very helpful to know Victor [Garber] and Robbie [Ammel] as well as we do personally, because so much about it is – I sort of think of it like Prelude to a Kiss – that notion of being trapped in each other's minds and bodies and then knowing each other. Robbie went back and looked at a bunch of Alias episodes before – you'll see in an episode early on he's possessed by Martin and has to be Victor. So there's lots of great stuff coming up."

The executive producer also shared his perspective when it comes to character deaths on the show, " I don't close the book on anything ever, because there's flashbacks and we've had Tommy come back a bunch. That's been really fortunate. I think – Alan can answer this better than me – but it's like the comic books where the characters come back. They die and that ends a story point, and a lot of times they're revived. I think it's like the books that way, to me at least."

In terms of the upcoming Supergirl series, Berlanti explained that this is an important series that he wants to get right.

Ra's al Ghul will be one of the many characters whose story will be explored in the second half of the season according to Berlanti.

"His story is very vital in the back half of the year," he said. "Yeah, it was – think you're kind of starting to see our tricks by now, but the mid-season cliff hanger is in a lot of ways very declarative of the back half of the year. We think of it as the midpoint in a film. So we have hints of things in the first act, in the first six or seven episodes that lead up to something, and then definitely by the end of the year we haven't expressed – I mean you can look at Tom [Cavanaugh], what happened with Tom, what happened with Matt [Nable] or Ra's on Arrow in the same week in the same pair of episodes and I think that's structurally something we'll probably stick with because it gives us something to drive toward."

The Flash returns on Tuesday at 9 p.m. ET and Arrow returns on Wednesday at 8 p.m. ET on The CW.

Arrow Is Like The Comic Books Where Characters Come Back