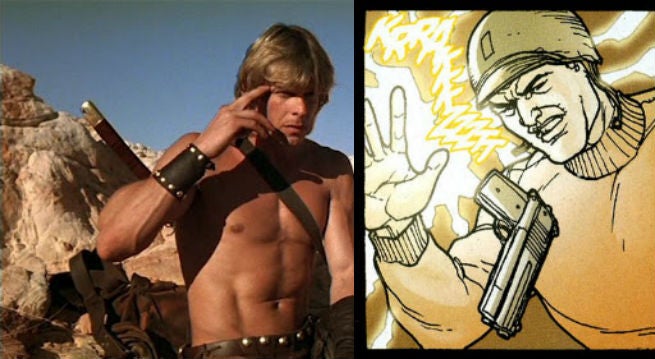 With an apparent vacancy in the series' cast following the events of this week's midseason finale, Arrow has cast Marc Singer as General Shrieve, likely based on Lt. Matthew Shrieve, an obscure DC Comics character created by J.M. DeMatteis and Pat Broderick.

Broderick recently returned to DC Comics after a 20-year absence, and this month generated a storm of online controversy by venting his disdain for cosplay models at comic book conventions on Facebook.

Singer, who also appeared in The Beastmaster, is described by Comic Book Resources as a recurring character who will debut in the series' upcoming, fourteenth episode of Season Three. Shrieve will play a major role in the flashbacks.