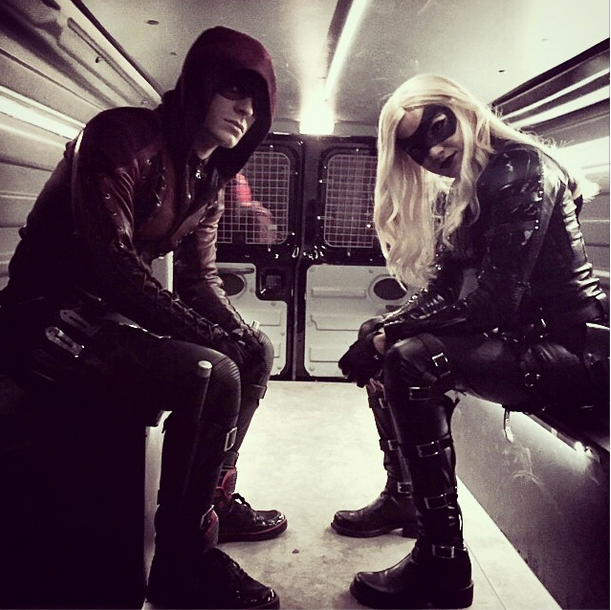 Another look at Arrow's Black Canary has surfaced online, but it's a little more candid than the one fans were treated to last week.

Cassidy's Laurel Lance character, while dressed as Black Canary in the photo, has not officially donned the vigilante identity that her sister Sara carried in Arrow's second season and third season premiere. It's most likely that viewers won't see Lance don the mask and leather jacket until Arrow's mid-season finale, or the second half of season three in 2015. The CW debuted the first official look at Laurel as Black Canary last week.