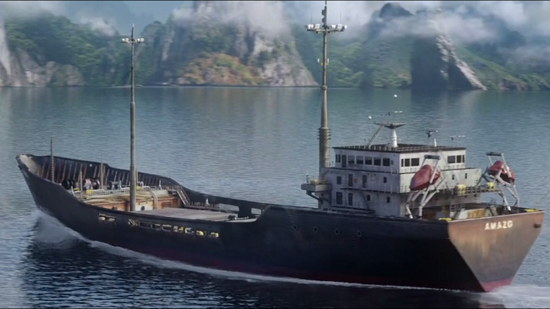 It wasn't long ago that we realized the barge on which Oliver and his cellmates were being held in the flashback scenes on the new episodes of Arrow was called The Amazo, and wondered whether we'd see Dr. Anthony Ivo appearing sooner rather than later. Well, it looks like we've got our answer, as a clip has been released ahead of Wednesday's episode titled "League of Assassins." Here, he's presented as a man with a kind of demented conviction that he's going to save the world...and he wants Sara Lance's help. That's probably going to link him to the League of Assassins, since that's where she ended up...but who knows? In any event, check out the video below and the episode Wednesday at 8 p.m. on The CW.