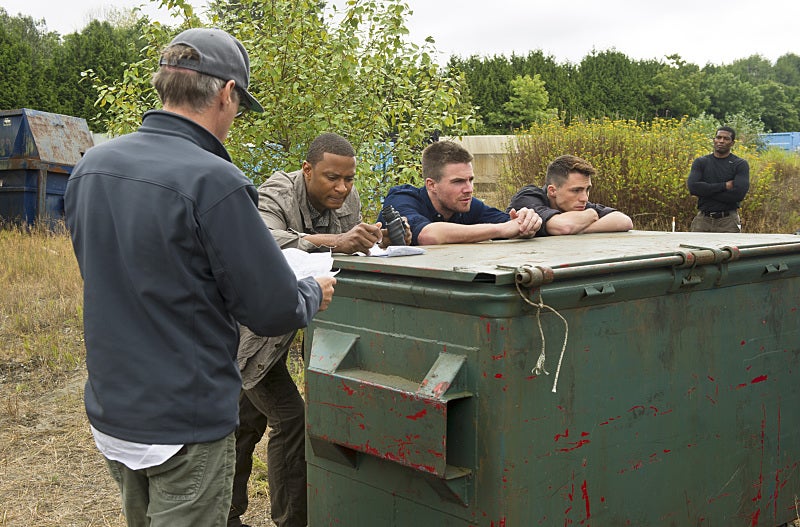 The CW have released a number of behind-the-scenes elements in support of Arrow, including a video that shows how they did the fight between Oliver Queen and The Arrow in the season premiere and some shots of last night's battle with rebel forces in Corto Maltese.

"The challenge of this scene was to take an obviously, physically-inferior opponent and pit him up against Arrow," said Stunt Coordinator and Fight Choreographer James "Bam Bam" Bamford. "He throws precise finger jabs to the throat, to the eyes, he's a master of pressure points, so that's how he evens out the match."

And, of course, he jabs Arrow with Vertigo...

Here's some looks behind the scenes of "Corto Maltese," too. 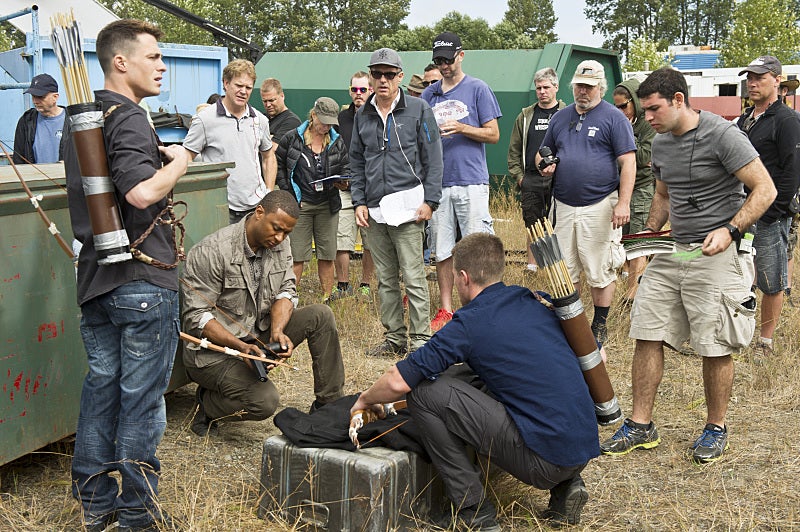 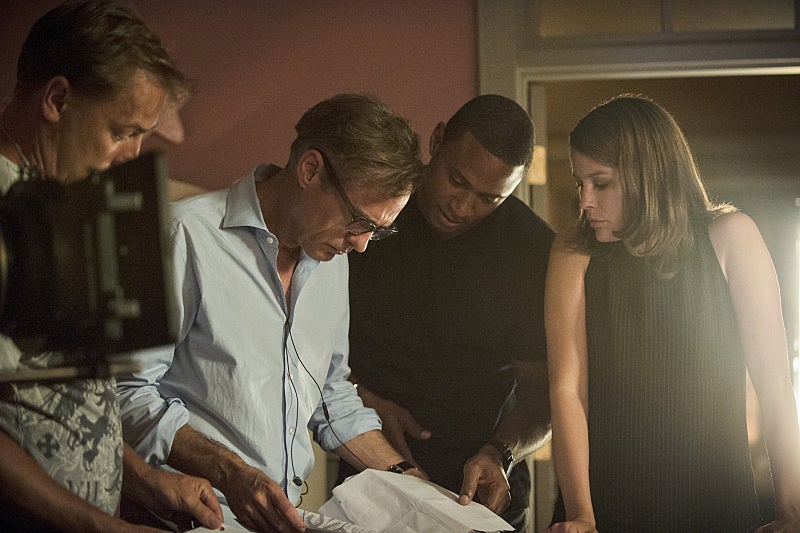 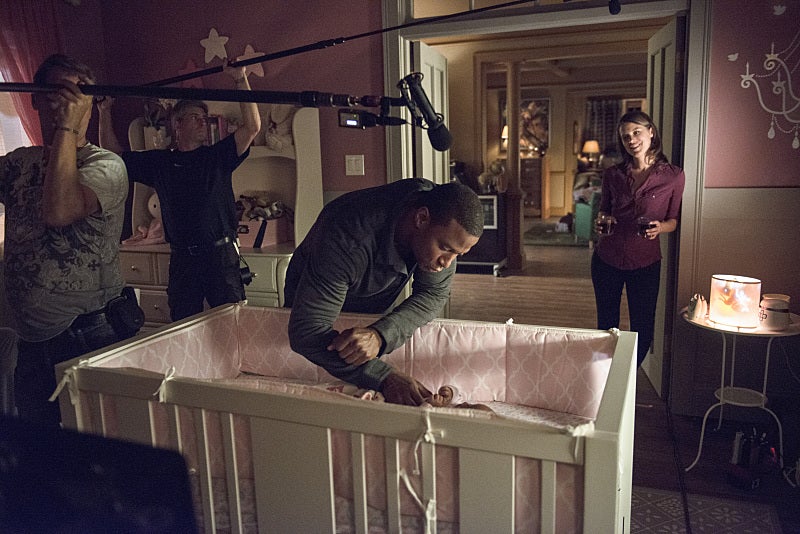 Arrow airs Wednesdays at 8 p.m. on The CW.

Arrow Releases Behind the Scenes Video, Photos From "The Calm" and "Corto Maltese"