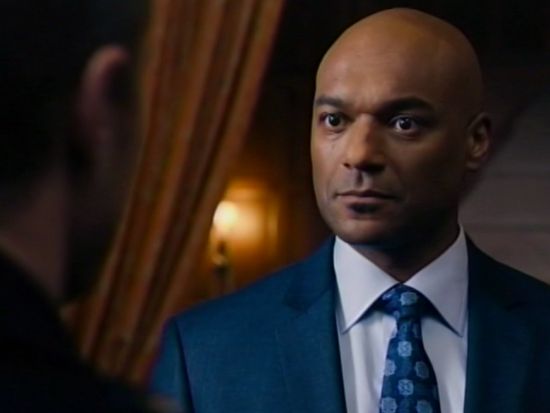 The void left by Smallville has been filled. The CW has launched Arrow, and it’s a fast-paced and dark superhero story. Despite being limited to a TV show budget, the action sequences in Arrow were quite well done. The cast of characters also proved to be interesting and entertaining. There were enough twists and turns in Arrow that it’s got us hooked to keep watching to find out what might be coming up next. Here are five questions that were raised by the Arrow pilot episode.

Is Walter Steele A Bad Guy? – In the Arrow pilot, Walter Steele comes across as being a nice guy. However, Walter Steele is the former business partner of Oliver Queen’s departed dad, and the new husband of Oliver Queen’s mom. In other words, he’s basically a textbook set-up for being the secret villain of the series. Also, he is a villain in the comic book series. We were convinced that Walter Steele was the mastermind behind everything bad that had happened to Oliver Queen, until it was revealed that Oliver’s own mother had set up his attempted kidnapping. Now, we’re left wondering if Walter Steele might just be an unknowing pawn of Oliver’s mother. 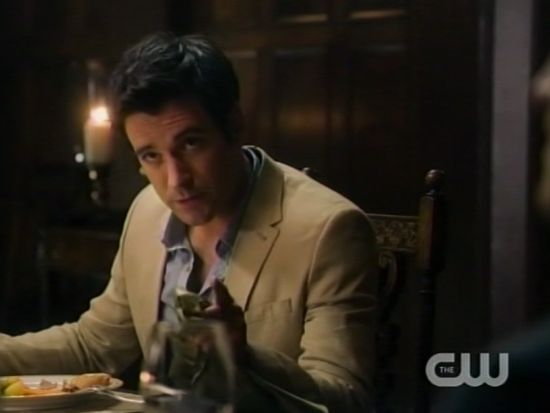 What Role Will Tommy Merlyn Play? – He’s the fun-loving friend of Oliver Queen. When Oliver Queen returns, Tommy jokes, “Black President that’s new, and LOST, they were all dead, I think.” Of course, our favorite exchange was when Tommy said, “The one that looks like the chick from Twilight.” To which, Ollie asked, “What’s Twilight?” And Tommy responded, “You’re so much better off not knowing.” But just when we thought Tommy Merlyn was just to be the comic relief for the series, it’s revealed that he has had a couple flings with Oliver’s ex-girlfriend Dinah Laurel Lance. Could Tommy Merlyn turn to evil? That’s what happened in the comic book series, but it’s up in the air what kind of friend Tommy will be in the TV series. 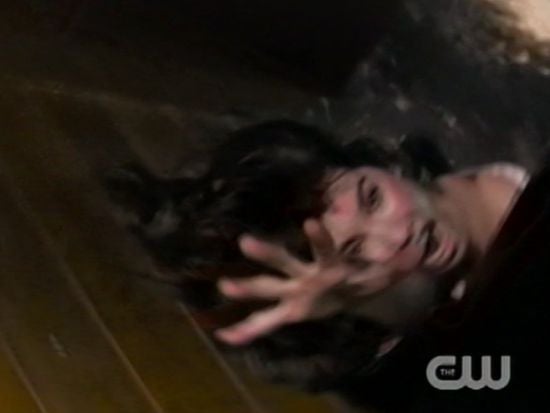 Is Sarah Lance Really Dead? – Ok, so we saw Sarah Lance vanish in the middle of the ocean. No one has heard anything about her in the five years since the accident. She has to be dead, right? Well, this is a series based on a comic book, and people rarely stay dead in comic books. Anytime someone says that they buried an empty coffin, it basically screams that character is secretly alive somewhere being held hostage. 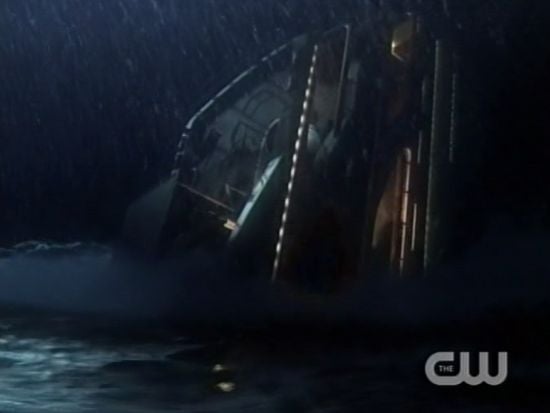 Was The Shipwreck Really An Accident? – Granted it was a stormy night and rough waters, but was the shipwreck really an accident. In comic books, nothing is ever an accident. There is always a diabolical villain behind every supposed misfortune. Our guess is the shipwreck wasn’t an act of god, but that somebody was behind it. 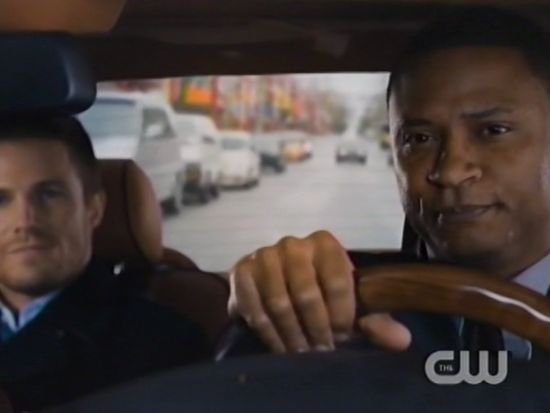 Will John Diggle Become Arrow’s Sidekick? – Behind every good superhero there is a sidekick or a butler. While Oliver Queen attempted to escape the watchful eye of his bodyguard/chauffeur during the Arrow pilot, it certainly looks like John Diggle is being groomed to be the “Alfred” or “Robin” character for Arrow. Somebody is going to have to patch Oliver Queen up after he gets injured fighting the bad guys, and we’re betting it won’t be long before John Diggle assumes that role.