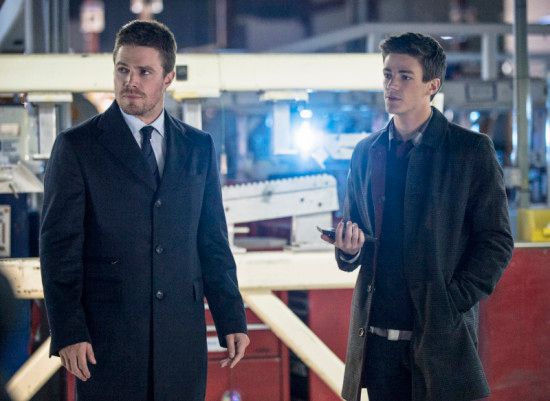 Tonight is probably the most anticipated episode of Arrow in the history of the series. In “The Scientist,” comic book fans will get their first look at Grant Gustin as Barry Allen. There’s been a lot of online chatter and concern over if Gustin looks too young to play the Flash, but most are reserving judgment to see how he does in tonight’s Arrow episode. We’re expecting that there is a good possibility that “The Scientist” episode could set a new ratings record for Arrow.

In preparation for the episode, The CW has released numerous online clips. Most of which we’ve shared previously with our readers, but we’ve now pulled them together all into one article. The first clip is just an overview of the episode, which teases the exposure of Arrow’s secret identity and Barry Allen coming to Oliver Queen’s aid. The second clip offers up Executive Producer Andrew Kreisberg talking about their search to find the perfect Barry Allen. The third clip features the somewhat awkward first meeting between Oliver Queen and Barry Allen. The fourth clip features a conversation between Barry Allen and Felicity Smoak.