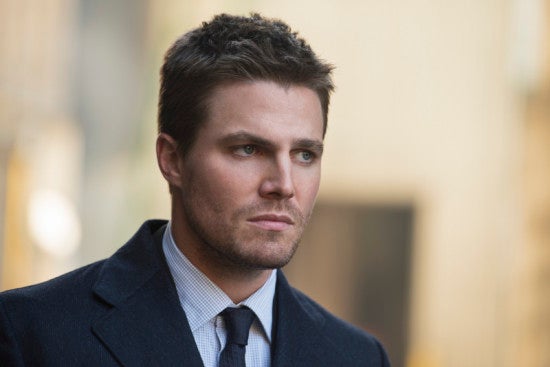 star Stephen Amell, who solicited fan questions via his Facebook page recently with the aim of releasing a Q&A video ahead of the release of yesterday's Barry Allen-centric episode "The Scientist," got a bit delayed by filming the series' up coming thirteenth episode "Heir to the Dragon" but managed to get the video out today. Fifteen minutes of questions from fans and thoughts from Amell--or rather, about twelve minutes, after some opening observations about Facebook. The comments, Amell complained, are difficult to collate and print out. He also asked that fans ignore obvious trolls on the page, rather than engaging with them, saying that the positivity on the site is such that he doesn't need people challenging the handful who want to be negative. You can check out the full Q&A below, but here are some highlights: