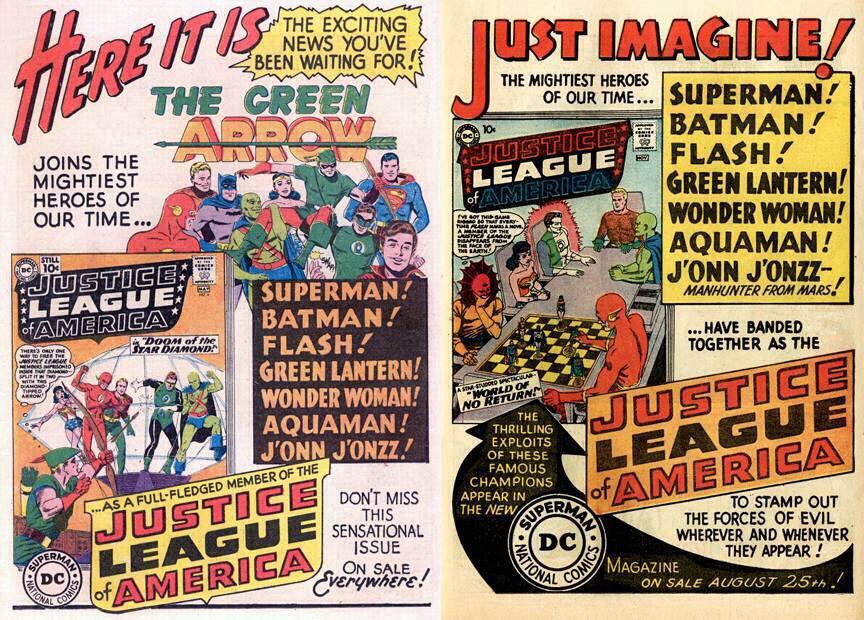 Stephen Amell, who stars as longtime Justice League member Oliver "Green Arrow" Queen on the CW Network series Arrow, just posted the image above to his Facebook account, seemingly teasing the possibility of the Justice League taking shape on Arrow.

...Or is he teasing that his version of Green Arrow might end up in the Justice League movie, starring alongside Henry Cavill as Superman and Ben Affleck as Batman?

Either way, it's potentially exciting news for fans of the series.

There was a kind of proto-Justice League on Smallville--one which featured Justin Hartley's take on Green Arrow--but they never went by that name. Meanwhile, Arrow has already introduced former Justice League leader Black Canary and will soon introduce Barry Allen, better known as The Flash. Ferris Aircraft, the employer of Hal "Green Lantern" Jordan, has been referenced on Arrow, as as Kord Omniversal, home of the second Blue Beetle and a longtime member of the Justice League International. Recently, a van marked for "Metamorpho Chemical" was spotted on the series, as well--and in the flashback sequence, Oliver is being held captive on board The Amazo, a boat whose name is taken from Dr. Ivo's android who can simulate the powers of the Justice League.

The left-hand page above is the one that introduced Green Arrow to the League, blaring that he was joining DC's most revered heroes, while the image on the right appears to be an announcement ad from very early in the series. Interestingly, neither of them features Black Canary, Metamorpho or the Blue Beetle.

Amell simply posted the image, saying nothing, and has let the commenters (over 150 of them so far)  have their fun; he hasn't said anything in response to anybody, as far as we can see.

This isn't definitive, and Amell could certainly just be having a laugh with the fans...but it's certainly reminiscent of those posts Vin Diesel made to his Facebook page in the run-up to the announcement he was in talks for Guardians of the Galaxy.

"So excited for people to see tonight's episode that my stomach is kind of upset," he tweeted not long ago.

You can see a preview of the episode here. Arrow airs at 8 p.m. tonight on The CW.