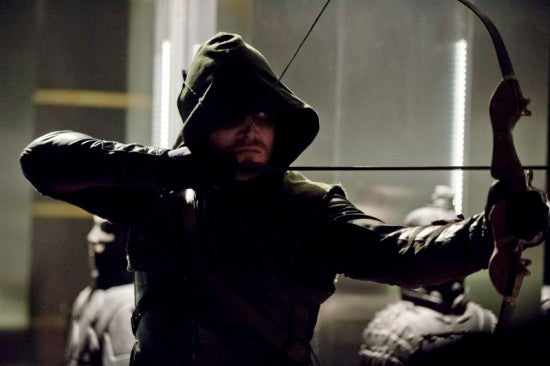 "I guess I should share more of these stories," Arrow star Stephen Amell just told his fans below the text of a story he shared four hours ago on his official Facebook page. The tale, which detailed one of the perks of playing Oliver Queen, quickly went viral among Amell's Facebook fans, garnering nearly 20,000 likes and 1,200 comments in just four hours. And, really, it's just parking, people. What did Amell say that got so many people worked up? Check it out:

True story from yesterday: Was driving out of a parking lot in Culver City. Handed the attendant my ticket... He takes it, files it and nods. So I ask him, "How much is it?" His reply, "When I'm working, Oliver Queen doesn't pay for parking." Nodded and drove away.

Apparently he was content that, in spite of having given charity to the wealthy rather than the indigent, the parking lot attendant hadn't failed his city. I guess we can't take issue with that.