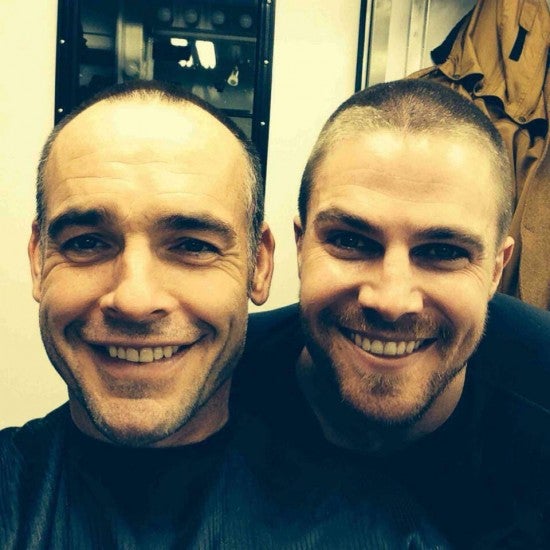 The end (of filming) is very, very near for Arrow's second season, as star Stephen Amell just released a photograph of himself with co-star Paul Blackthorne to social media, indicating that Blackthorne has already wrapped for the season and that today is Amell's last day. "Paul Blackthorne and I had the same idea when we wrapped," Amell wrote to Facebook, along with the photo above. He added, "FYI - my last day is today... Nobody can see your hair when you have an unruly island wig on." Little is known yet about the finale, titled "Unthinkable," but The CW just released a synopsis for the season's penultimate episode, "Streets of Fire," which will guest star John Barrowman as Malcolm Merlyn. Blackthorne's Quentin Lance is one of a number of supporting characters some fans fear may be killed during the big final battle between Deathstroke and Team Arrow.