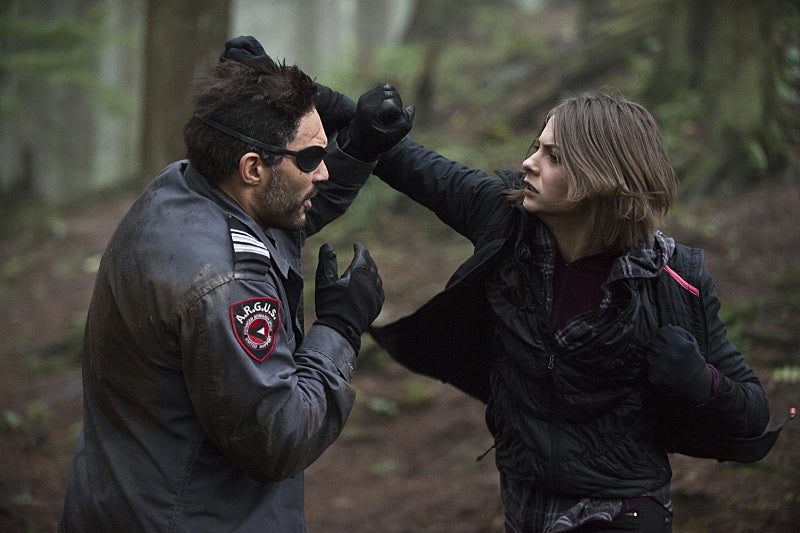 The CW has released a batch of preview photos from next week's episode of Arrow, titled "The Return."

The episode sees Oliver return to Lian Yu, this time accompanied by Thea, to square off against Deathstroke, who is out of his cell and roaming the island.

You can check out the images, as well as the official synopsis for the episode, below.

THE RETURN OF DEATHSTROKE AND TOMMY MERLYN -- Malcolm (John Barrowman) puts Oliver (Stephen Amell) and Thea (Willa Holland) in a dangerous situation that lands them on Lian Yu with Oliver's former enemy, Deathstroke (guest star Manu Bennett). A flashback reveals when Oliver and Maseo (guest star Karl Yune) returned to Starling City to retrieve the Omega bio weapon, and despite being under strict orders from Amanda Waller (guest star Cynthia Addai-Robinson) not to reveal himself to anyone, Oliver looks in on his family, Laurel (Katie Cassidy) and Tommy (guest star Colin Donnell). Dermott Downs directed the episode written by Marc Guggenheim & Erik Oleson (#314). Original airdate 2/18/2015.

WandaVision: Here's What You Missed in Episode 3

Bernie Sanders Speaks Out After Becoming the Internet's Favorite Meme