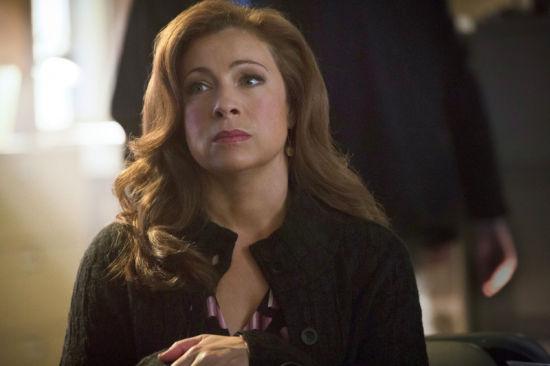 Dinah Lance, the mother of Sara and Laurel Lance and a character who shares her name with the Black Canary of the comic books, will return to Arrow in the upcoming episode "Heir To The Demon."

Producers revealed the information yesterday at the Arrow screening and Q&A for their midseason finale episode, titled "Three Ghosts." It seemingly confirms that Lance is the returning season one character teased recently on series star Stephen Amell's Twitter account.

Dinah Lance is played by Alex Kingston; she's the alienated ex-wife of Quentin Lance, and some have speculated that it might eventually be revealed that (like her comic book counterpart) she was Black Canary before her daughter was. She appeared in three episodes last season, and it's not yet clear whether she'll appear in more than just the one this year.

Arrow To Bring Back Dinah Lance This Season