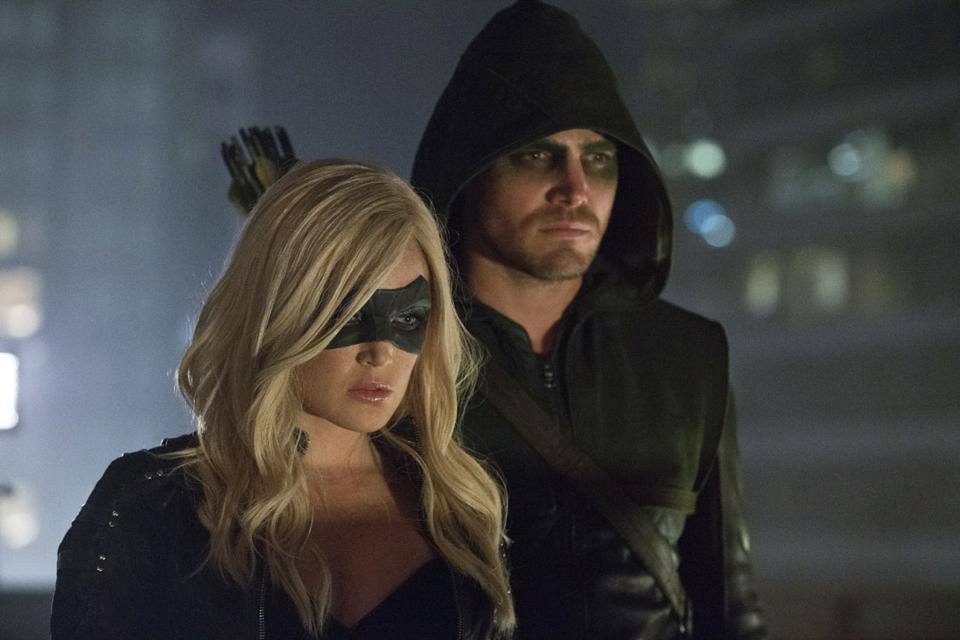 The season premiere of Arrow this year will feature Caity Lotz as Sara Lance, better known as the Black Canary, in spite of the fact that when we last saw her, she had run off with Nyssa Raatko to rejoin the League of Assassins.

That's according to the "Mega Buzz" column over at TV Guide, where they were asked about the chances of Lotz reappearing. Here's what they had to say:

Even though our favorite Canary passed off her leather jacket to Laurel and disappeared into the ether with Nyssa, I hear Sara will be back for the Season 4 premiere. I wonder how she'll feel about Oliver and Felicity going on a date!

...In fairness, she just moved back in with her ex. I'm not sure she's got much room to be all that judgmental about Oliver having what, according to the synopsis, sounds like a single date before he reverts to "I can never be with someone I love" form.

September, of course, will see the release of Arrow Season 2.5, a new, digital-first comic from Arrow writers Marc Guggenheim and Keto Shimizu. It's likely some of the blanks will be filled in there.

The season will see Oliver meet DC superheroes Katana (who in this version of the story helped train Oliver) and The Atom, who will apparently be reinvented as a corporate magnate now in charge of Queen Consolidated rather than a college professor or government scientist. It debuts in October.

Expect much more to come out next week when Arrow and its sister series The Flash make their way to Comic Con International: San Diego.

Arrow Will Bring Back Caity Lotz in the Season Three Premiere