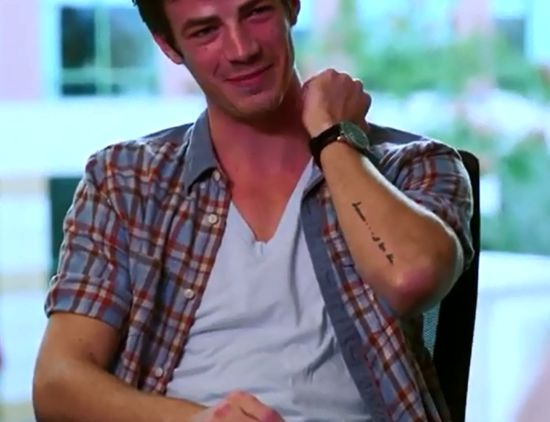 In a brief, additional clip left over on the cutting room floor from yesterday's DC All Access interview, Arrow guest star Grant Gustin talked a little bit about Barry Allen, what drew him to the character and why he works so well in the world of Arrow. Saying that Barry is a likable character in general, Gustin and Arrow executive producer Andrew Kreisberg add that he's still a bit ambivalent about the situations he finds himself in, even though he's a superhero fanboy himself. Check out the brief clip below. Arrow's midseason finale, featuring Gustin as Barry Allen, arrives tonight at 8 p.m. on The CW.