Tonight, Oliver Queen will square off against Ra's al Ghul in the mid-season finale for Arrow, The CW's hit DC Comics adaptation.

Among the other stories aiming for some kind of resolution: Ray Palmer's creation of the A.T.O.M. Exosuit, and just what he hopes to do with it...and the murder mystery that has driven the first half of the season: who killed Sara Lance?

Executive producer Marc Guggenheim joined ComicBook.com to talk about these questions and tease a little bit of what's coming for Oliver Queen and company. 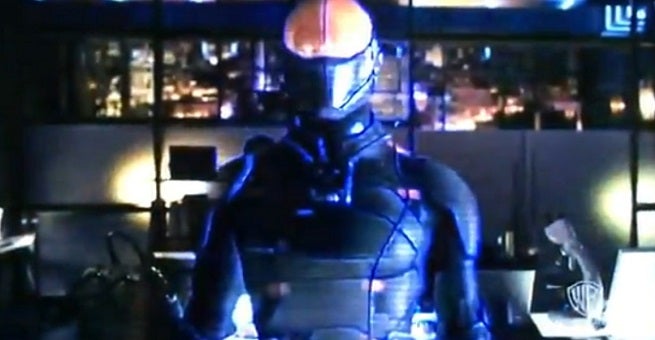 So...what about that Fallout 3 armor?

Little behind-the-scenes: Obviously there's a chunk of visual effects on the show and we always have to produce a rough cut to show the studio and the network and that's always long before any visual effects are done. So our editors and assistant editors basically temp in very temp effects. Like, there's temp explosions and there's temp muzzle flashes and there's temp arrows. In the case of Ray's super suit at the end of Episode 307 and in the case of the one that you'll see now that's been revealed in 309, they pull an image off the Internet. Because it's for purely internal purposes, it's not meant to be shown in public. It's really just meant to give the studio and the network a sense of what's supposed to go there so that the characters are not looking at a blank shot.

In 307, we used some of Iron Man's armor from one of the Iron Man movies. After that leaked online...leaked is not even the right word. Somehow, there was a miscommunication or a screw-up by someone in the international promo department. Normally what we do is every time we do these temporary visual effects we slug onto the shot, "TEMP VFX" right on it. The only time that doesn't occur is just to give international promotions a sense of what things are going to look like, we give them what's called a clean cut, so we give them the entire temp without all the slugs. And somehow, someone felt it was final and it ended up in an international promo and someone stuck their iPhone in front of it and lo! and behold it was on the Internet.

We're not ripping off someone else's super suit. We've got our own and I'm really excited about it and you'll definitely get a better glimpse of it tomorrow night but everyone got a little unintentional peek behind the curtain. I've had half a mind to release the temp visual effect of the Iron Man armor from 307. But for people who like to see how the sausage gets made, maybe it's interesting. 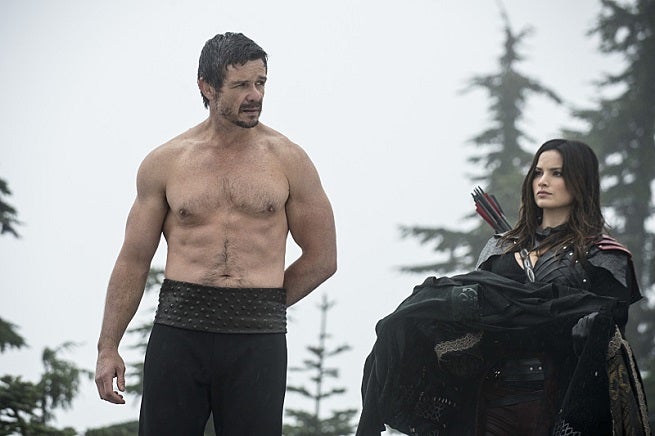 You've said that Ra's will change the show forever. Can you describe in a few words what the direction of the second half of the season will be?

You know, it's so hard to do without spoiling! I always like to say that there's definitely a connection between how difficult something is to tease and how spoiler it is as far as Arrow is concerned. I have to say I've been running out of ways of teasing 309 in a way that isn't spoilery.

It's definitely a game-changer kind of episode. I think everyone at the end of 309 is just going to be going "What the f--k?" I think the other thing they're going to be going is, "Did they just really do that?" And beyond that, I really would be spoiling it and that would be a shame because I think part of the fun of 309 are all the little surprises that are packed into it.

We've seen Ra's coming out of his tub. Is there a way to do the Lazarus Pit on Arrow or is that little bit of fanservice all we'll get without breaking the show? 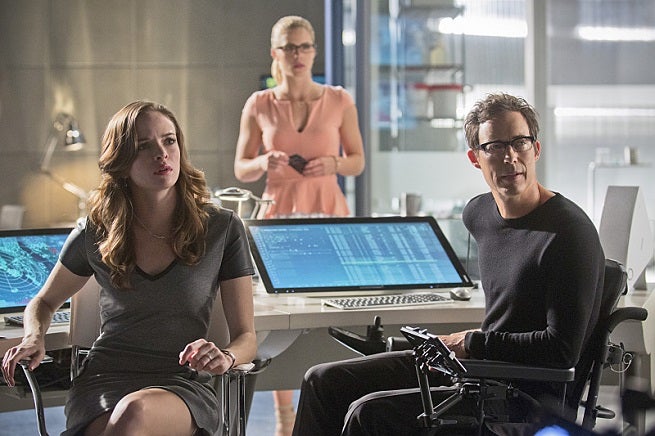 Now, some fans have been suspicious that as soon as you hear the more general "genetic markers" as opposed to a DNA strand, that the answer S.T.A.R. Labs gives Felicity might be misleading, especially on a show where Oliver, his sister and her father are all key players. Is that a fair assessment?

You know, I'll be honest: if you've set up as we have that we're going to conduct a DNA test on evidence, I don't know how else to write it. I don't know what other phrase to use, because that's what you look for in a DNA test.

Maybe it's just my experience on Law & Order or CSI, you know? I came up as a procedural writer, really, doing all of these cop shows. If you're being technically correct, you don't talk in terms of DNA, you talk in terms of genetic markers if you're conducting a proper DNA test. So [laughs] it's funny, I don't know how to explain.

It's possible you're reading more into what was supposed to be an attempt to be semi-legitimate as far as the science was concerned than some over-arching cleverness on our part. 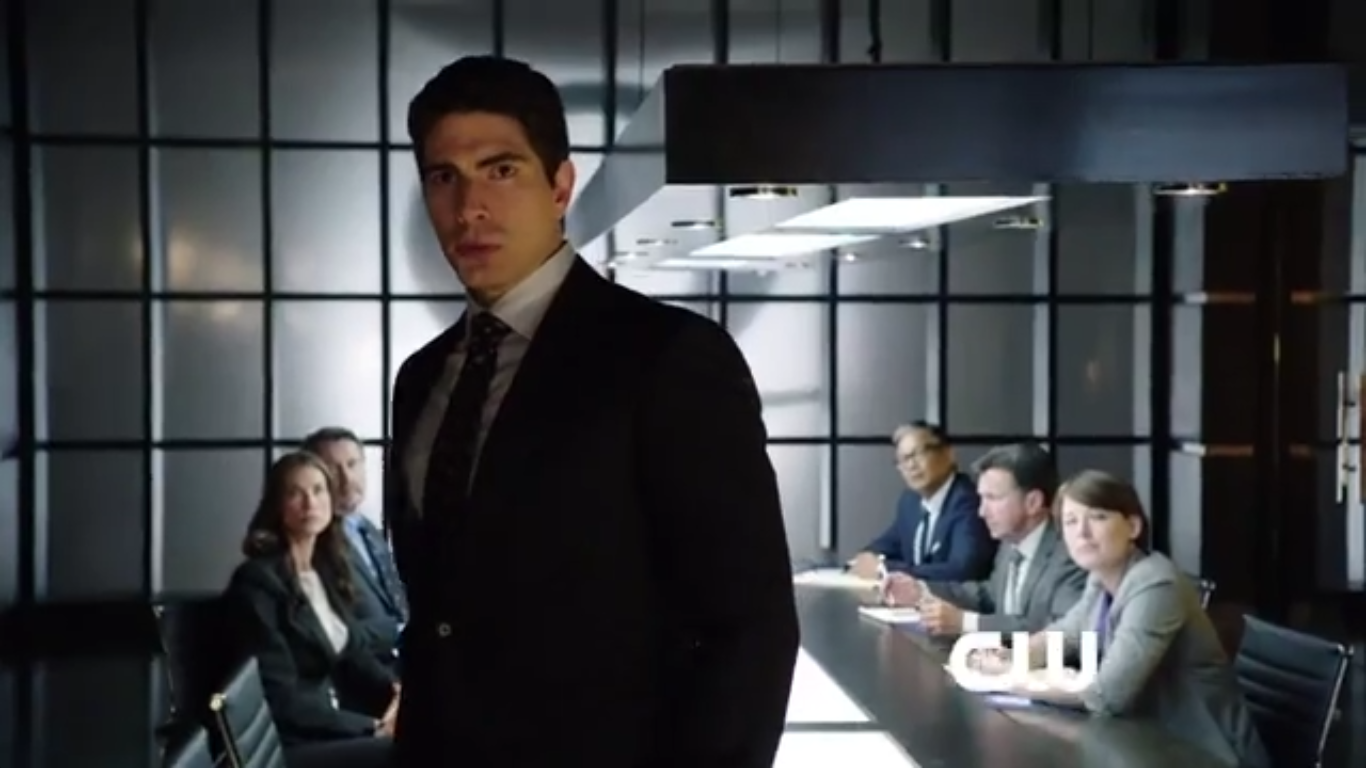 You've got Merlyn and Ray, who have been kind of in the background all season long. Will we see those two start to amp up with the mid-season finale?

Yeah. Certainly the mid-season finale sets up the back half of the year, as it typically does with us. If you look at seasons past there's been a shift between episodes one through nine versus episodes ten through twenty-three.

Arrow's Marc Guggenheim on Tonight's Midseason Finale: Everyone Is Going to Be Going "What the F---?"