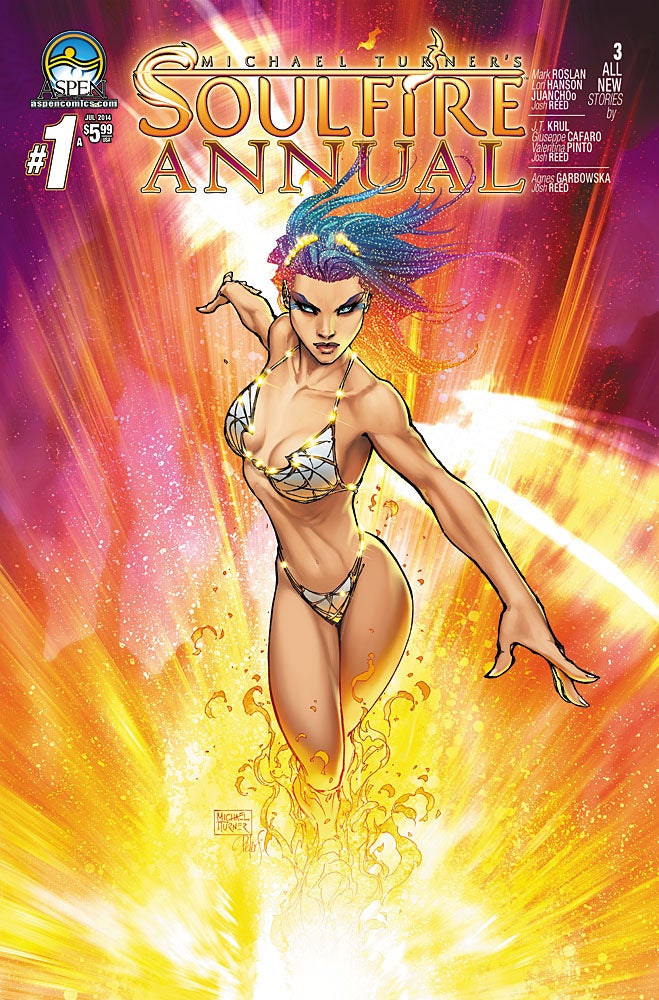 Soulfire Annual #1 is the first Annual ever published for Michael Turner's character, created in 2000. In 2009, The Walking Dead Executive Producer Gale Anne Hurd announced that she and Valhalla Motion Pictures were developing a film adaptation of Soulfire. The title was relaunched as Michael Turner's All-New Soulfire in 2013.

You can check it out below, along with official solicitation text for the issue. 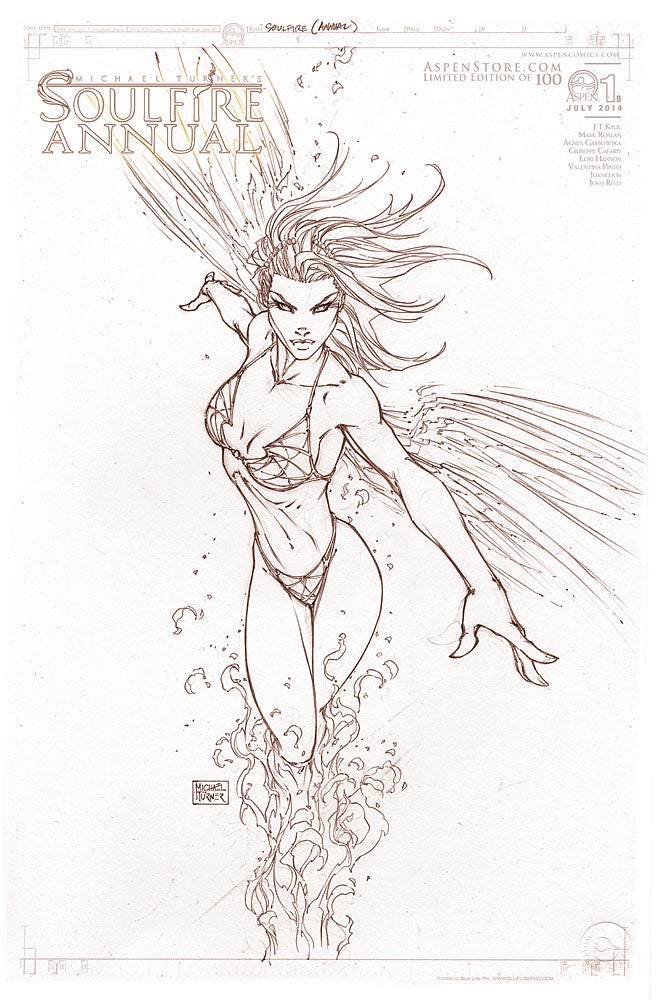 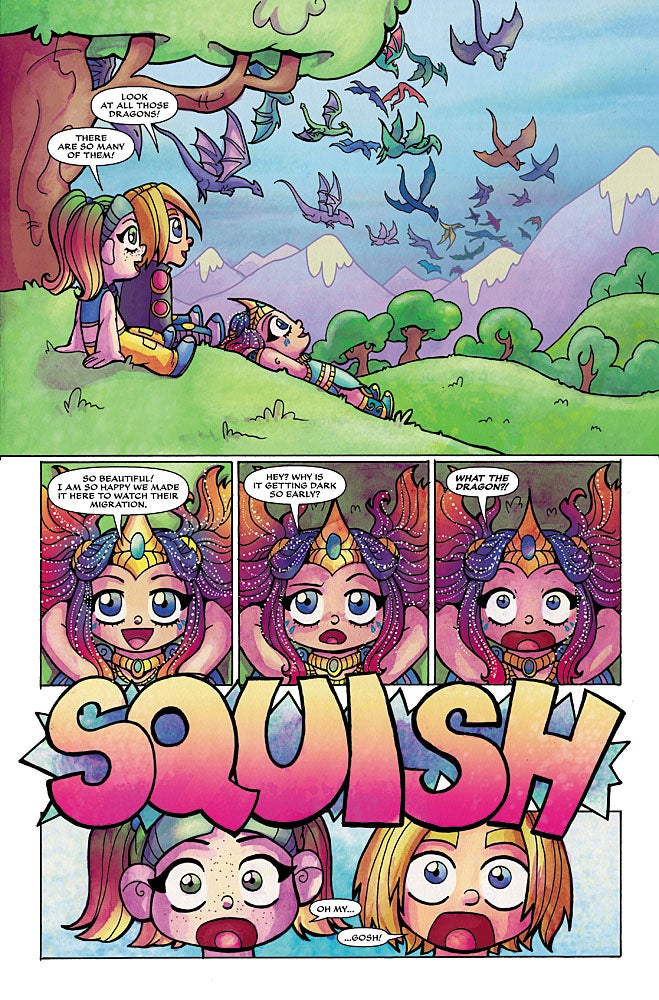 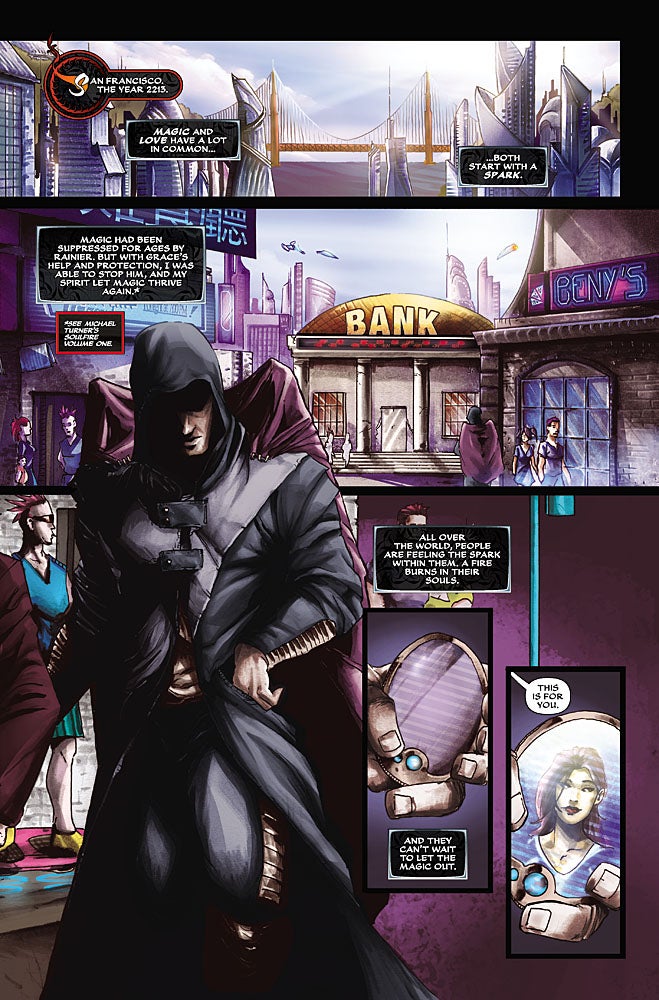 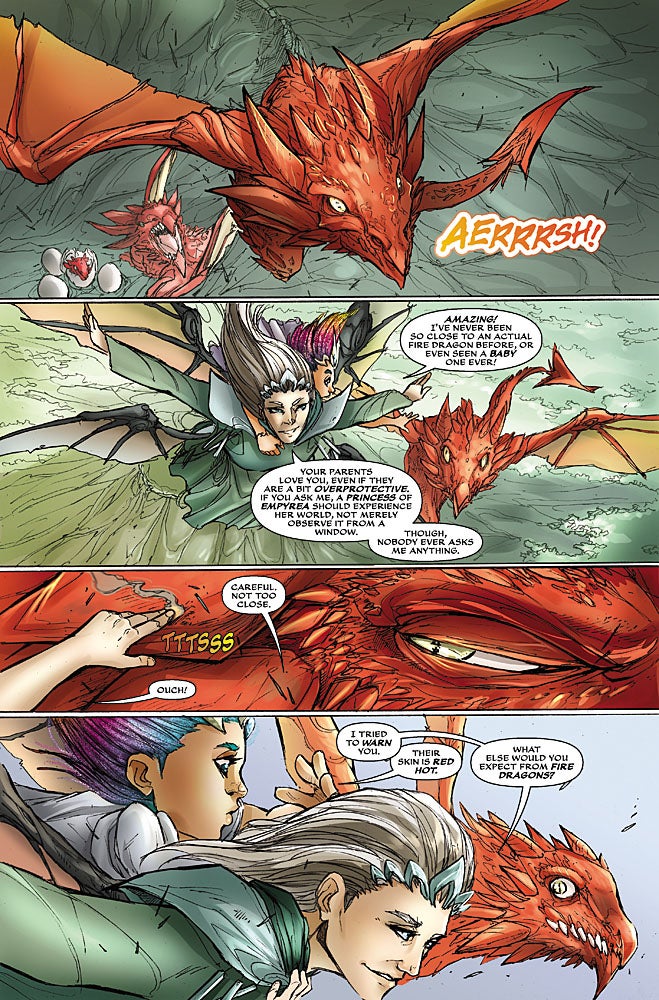 Aspen's first ever SOULFIRE ANNUAL arrives, jam-packed with three all new stories featuring some of the most popular characters in the SOULFIRE universe—and more! Join veteran SOULFIRE writer JT Krul as he presents a young Grace in a world long forgotten, full or dragons and danger! Fan favorite illustrator Agnes Garbowska debuts a new SOULFIRE story all her own, as she handles the writing and art duties in a special tale featuring Grace and several other SOULFIRE favorites! And BubbleGun creator Mark Roslan explodes onto the scene with a futuristic bank robbery that even the magic of Malakai may not be able to stop!

Don't miss out on the debut of the first ever SOULFIRE ANNUAL #1 in this thrilling oversized issue featuring a re-mastered SOULFIRE cover by series creator Michael Turner and Peter Steigerwald!