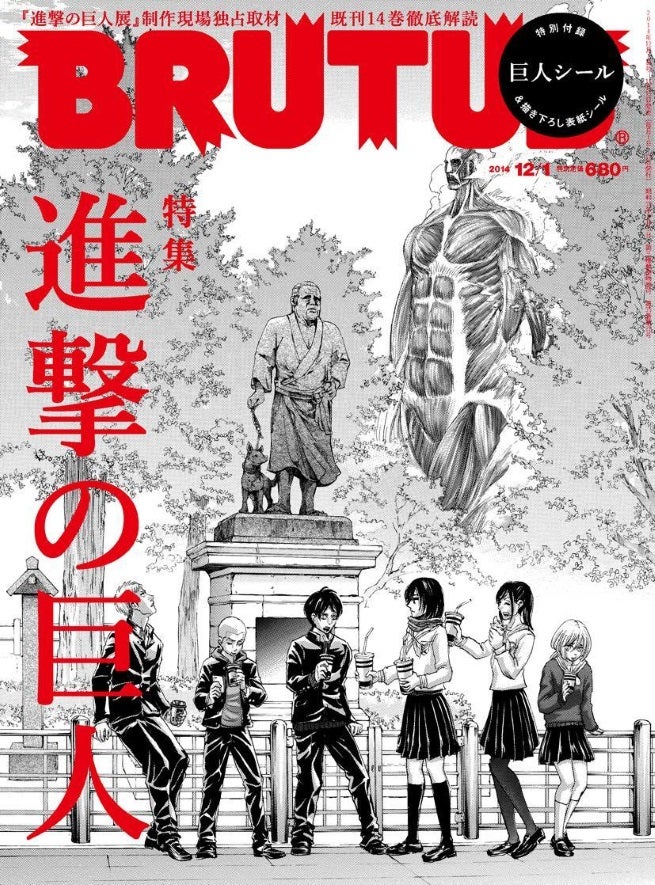 Brutus Magazine has revealed the cover to its 790th issue, a special issue themed on the hit manga and Attack on Titan. The cover, drawn by series creator Hajime Isayama, reimagines the cast of the series as school children, hanging out in Tokyo’s Ueno Park. A titan stands in the distance.

The peaceful, normal scene (aside from the distant titan) is a far cry from the action heavy, post-apocalyptic setting and tone of the actual Attack on Titan series.

The issue will include a crossover story that see the series’ Female Titan attack New York City, coming into conflict with Marvel’s Avengers. While there have been several manga and anime adaptations of Marvel comics characters in the past, this story is the first official crossover between Marvel and another manga property.

The issue, which goes on sale in Japan on Saturday, also features an interview with Isayama and a preview of the upcoming Attack on Titan art exhibit.