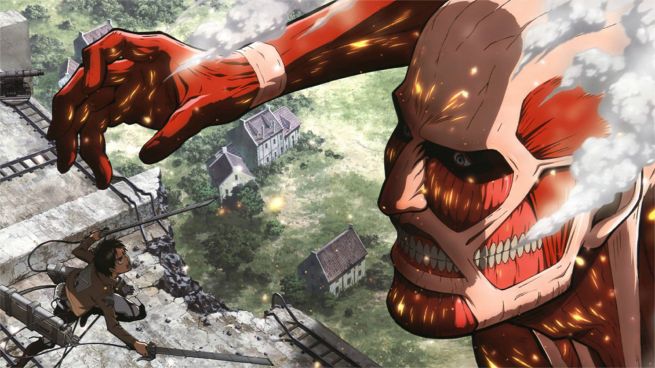 Attack on Titan, the popular anime and manga series about—well—giant, naked, man-eating monsters, has been banned in China, along with 37 other manga and anime that the Chinese Ministry of Culture has deemed unfit for print or digital distribution. The government will is also remove comics and anime without proper licensing, and review websites before allowing them to host foreign-made content. More titles are expected to join the list as the ministry’s investigation into anime and manga websites continues.

“The list is the result of evaluations by investigators, reviews by the ministry and the opinions of experts. It aims to guide websites in the proper review and importation of comics and animations,” said ministry official Liu Qiang.

This list makes good on China's promise earlier this year to ban materials that “include scenes of violence, pornography, terrorism and crimes against public morality.” So--y’know--materials that fall in the giant, nude, man-eating monster category. Additionally, any websites that host or carry these inappropriate anime will face punishment from the Chinese government.

So far, the Chinese government has axed eight different anime and manga websites under the new regulation, and yanked manga titles like Naruto, Sailor Moon, and more from bookshelves.

Attack On Titan, Death Note and More Banned By China