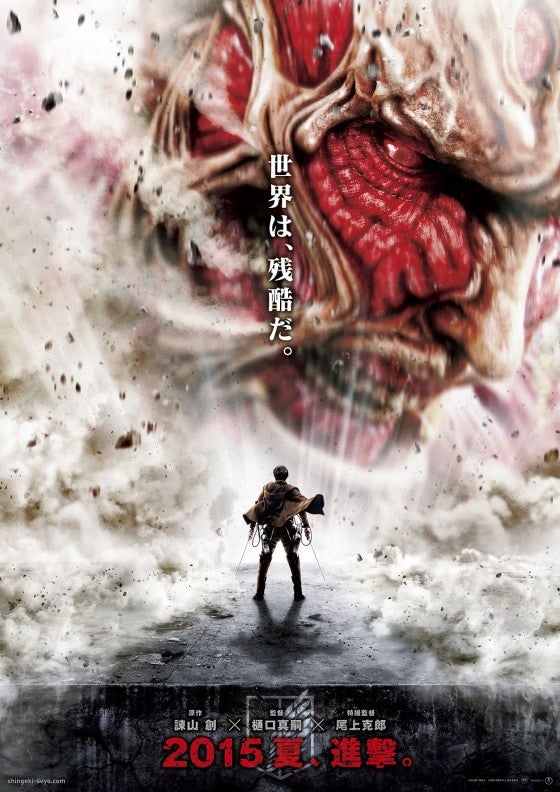 The movie poster for the Attack On Titan films has been revealed, Anime News Network reports.

The taglines for the poster reads:

Based on the manga by Hajime Isayama, Attack On Titan depicts the battles between humans and the giants who now rule the world outside humans' walled enclaves. A typical Titan is on average 30 stories  (200 feet) tall. The story initially centers on Eren Yeager, his adopted sister Mikasa Ackerman, and their childhood friend Armin Arlert, who join the military to fight the Titans after their home town is invaded and Eren's mother is eaten. As the story progresses, the truth behind the origin of the Titans arises and the story shifts to one about political subterfuge.

Director Shinji Higuchi confirmed that the project will span two films.The first live-action movie will open in August of 2015, and the second will open in September of next year.