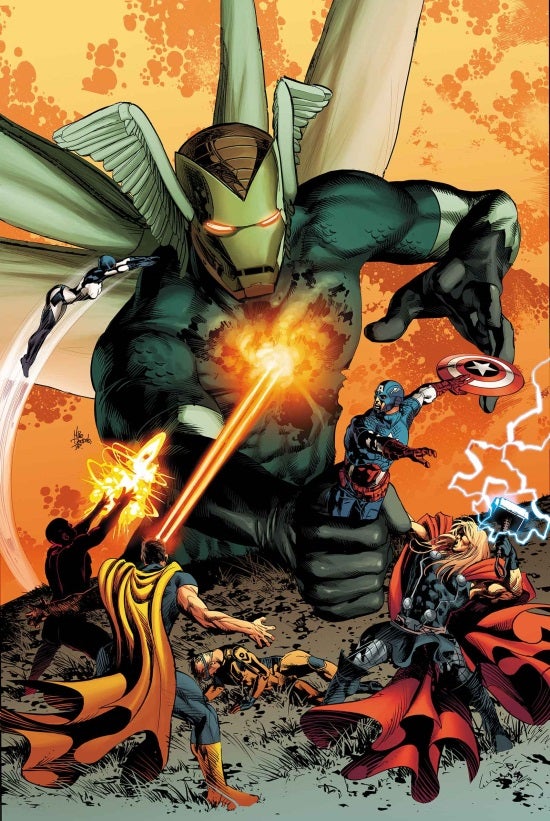 Marvel Comics has released a preview of Avengers #27, written by Jonathan Hickman with art from Salvador Larocca. The Avengers battle past versions of themselves from another reality as the story marches towards a crossover with New Avengers. Plus, get the entire story from All-New Invaders #1 as a bonus! Here's the official synopsis:

This March, secrets stand revealed in AVENGERS #27, from blockbuster writer Jonathan Hickman and fan-favorite artist Salvador Larroca! They have come from another space and time, but they are not who they seem. As the science war overtakes the globe, the truth behind the All-New Avengers stands revealed! And it will shock Earth's Mightiest Heroes to their core. If they live that long. The collision of the Avengers and New Avengers is imminent, and no fan can afford to miss the clash of these two titanic teams! This March, secrets can only stay buried for so long in AVENGERS #27! But that's not all! Avengers #27 also contains the full story from ALL-NEW INVADERS #1 as bonus content at no extra charge! Now is your chance to hop on board one of the hottest new series of All-New Marvel NOW! as Captain America, The Winter Soldier, Namor and the Original Human Torch re-band to wage a new kind of war! AVENGERS #27 (JAN140753) Written by JONATHAN HICKMAN Art by SALVADOR LARROCA Cover by MIKE DEODATO Variant Cover by DUSTIN WEAVER (NOV138100) FOC – 3/03/2014, On-Sale – 3/26/2014 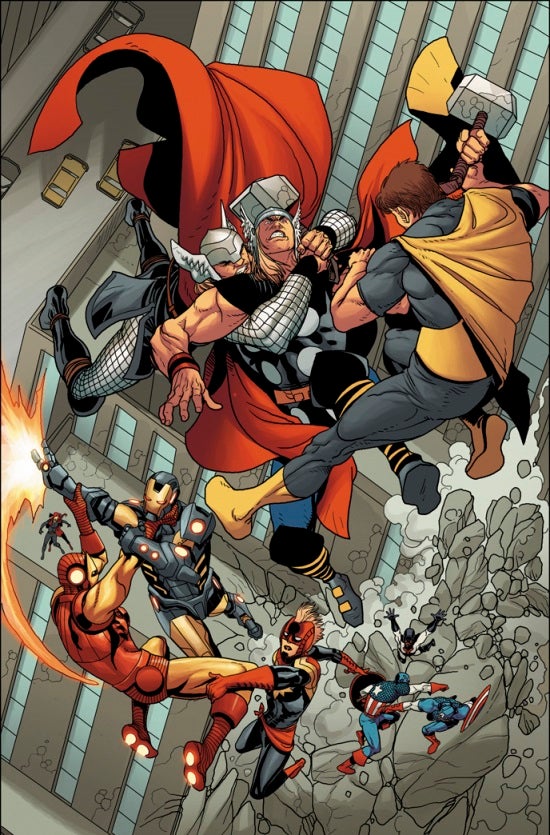 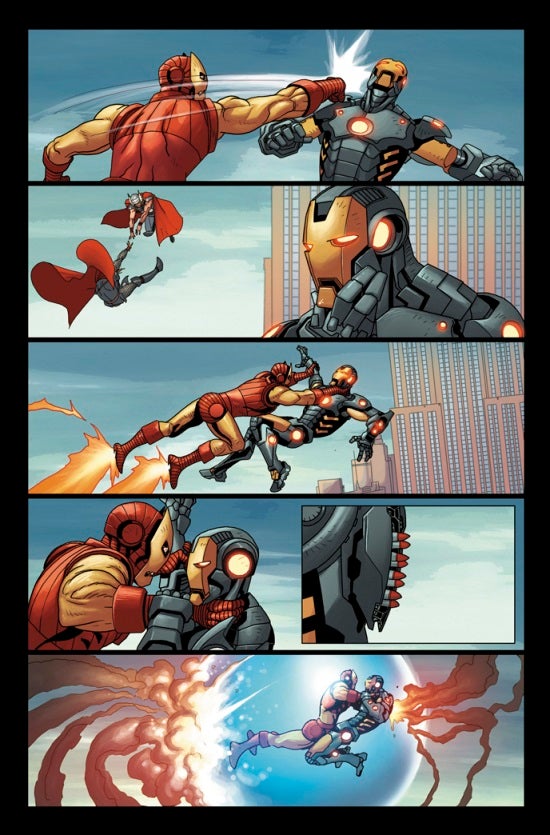 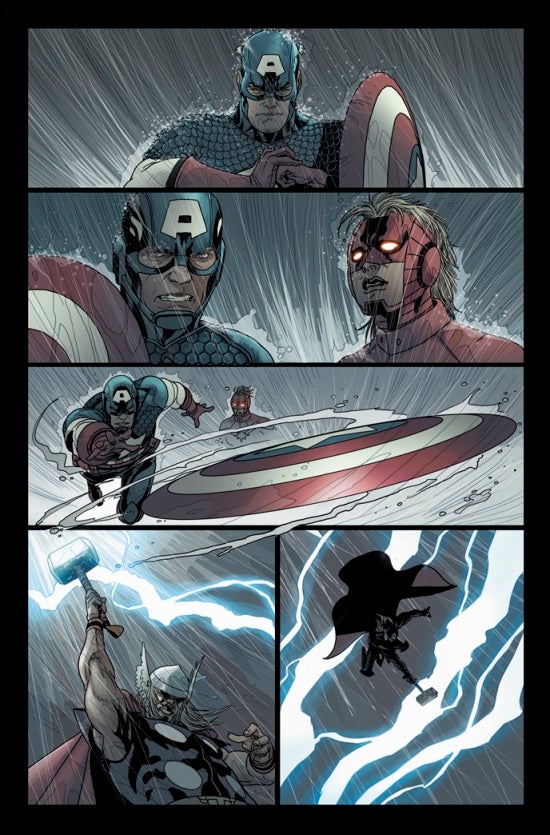 Naruto Cliffhanger Puts Another Boruto Life on the Line