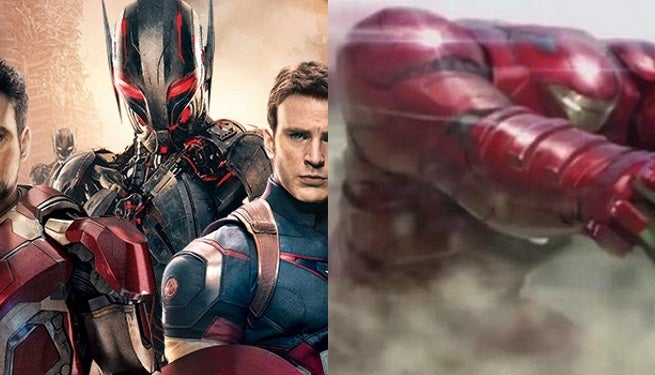 Some new images of what appears to be Ultron and Iron Man’s Hulkbuster armor from Avengers: Age of Ultron have surfaced online.

Ultron is the primary antagonist of the film, voiced by James Spader Where, in the comics, Ultron is created by Hank Pym (Ant-Man), rumor has it that the film version of Ultron will be created by Tony Stark in an attempt to give the Avengers some extra help protecting the planet after the fall of S.H.I.E.L.D. in Captain America: The Winter Soldier. Built from the JARVIS interface Tony uses in his home and armor, Ultron eventually gains sentience and tries to take over the planet.

Of course, the presence of the Hulkbuster armor suggests that Ultron isn’t the only problem the Avengers will face. As you may have surmised, the armor is specifically designed for fighting the Hulk, which means that Hulk may go rogue at some point during this film. Or maybe that’s backwards, and Ultron actually gets control of the Hulkbuster armor, with Hulk being the only one who stands a chance of stopping it.