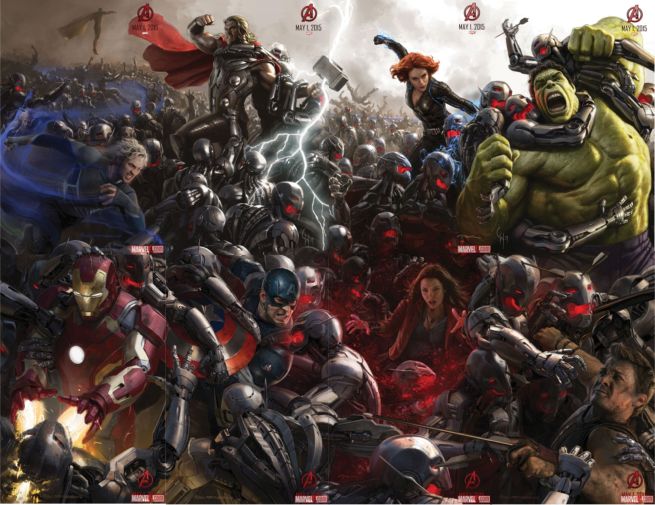 “The cast is bigger. The scope is bigger. We have more to work with,” says Whedon. “Not that we’re trying to spend more. In fact, we’re trying to avoid bloat wherever possible. But with this, we’re on a broader canvas. We’re in more countries. We have a bigger world to work with, and a bigger world for them just to be in. Once they exist as a team, we have to deal with what everybody thinks about that, and what that means to the world. So it’s not as simple as it was.”

Whedon also seems to confirm that Vision will be created by Ultron, as he was in the comics, contrary to rumors that the character’s origin would be altered for the film.

“Before I took the first job, I said, well, I don’t know if I’m right for this or if I want it or you want me, but in the second one, the villain has to be Ultron, and he has to create the Vision, and then, that has to be Bettany,” Whedon said. “It took me three years before I could tell Paul that I’d had that conversation, but after that, I stopped. I was like, that would be cool if you have Ultron, and you have Vision and Paul played him.”

Avengers: Age Of Ultron Is Bigger, The Vision's Origin Confirmed