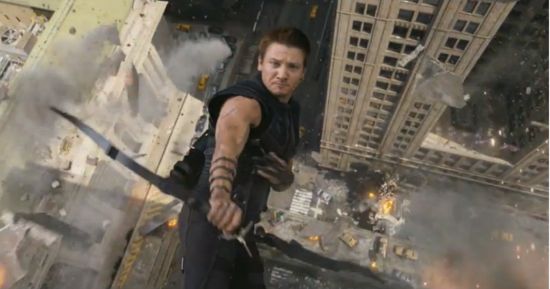 In spite of rumors that he was unhappy with the first film and might be recast before the sequels, Marvel's The Avengers star Jeremy Renner told Latino Review rather matter-of-factly that he'll be back for Avengers: Age of Ultron.

That's according to Comic Book Movie, who are quoting from what's apparently a transcript of an as-yet-unpublished video interview. Here's the context:

Latino-Review: Will we see more of Hawkeye in The Avengers 2?

It's not all that surprising; while the rumors of widespread cast unhappiness fed into the narrative about Robert Downey, Jr.'s massive salary, nobody has publicly indicated there was any truth to it and the Hawkeye rumors were scotched within a few days. Both Avengers: Age of Ultron director Joss Whedon and Marvel Studios President Kevin Feige confirmed that Hawkeye would return, but since neither used Renner's name specifically, there were still some fans who believed there was a conspiracy of silence on the issue. Clearly, that is not the case.