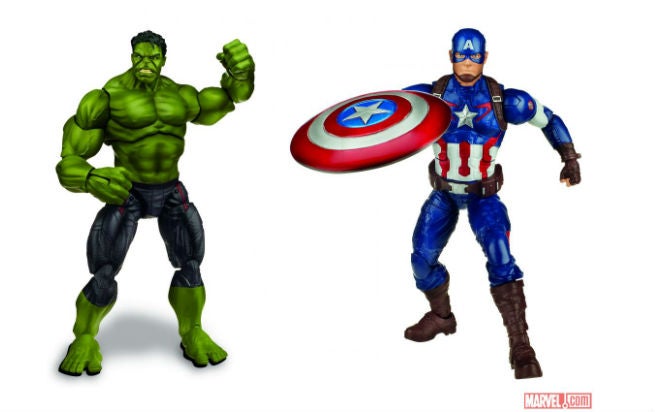 Hasbro has unveiled a number of new action figures at Marvel.com, including some of the first official Avengers: Age of Ultron toys.

Captain America, the Quinjet and a number of the always-popular mask-and-accessories kits can be seen, as well as a number of new Hasbro/Marvel toys not based on any movies.

Marvel says that figures in the Age of Ultron line include Captain America, Hulk, Iron Man Mark 43 and more to be announced -- and that each will include a piece for aThanos Build-A-Figure. The Quinjet cockpit can fit up to three figures (not included) and can launch an additional figure on the motorcycle.

Here's how they describe the accessory sets: 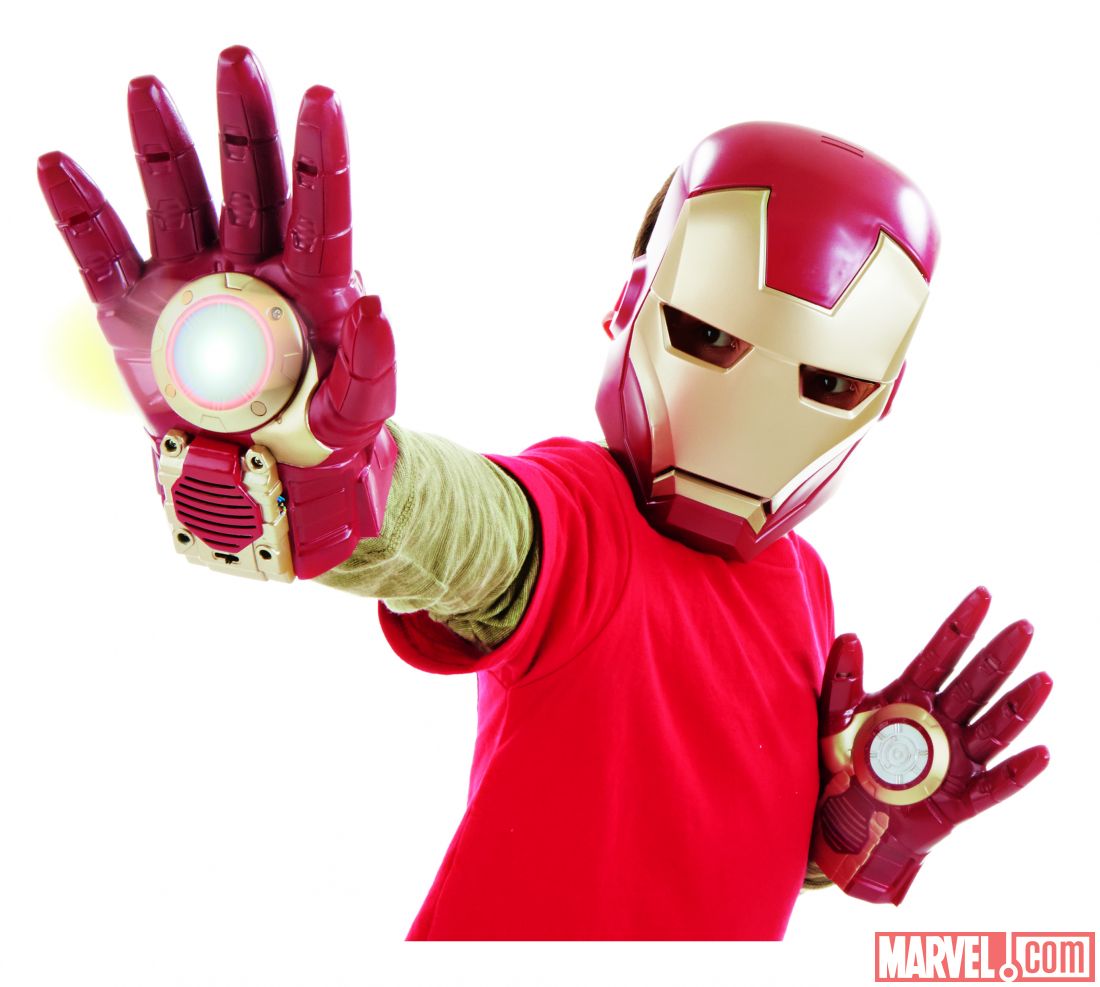 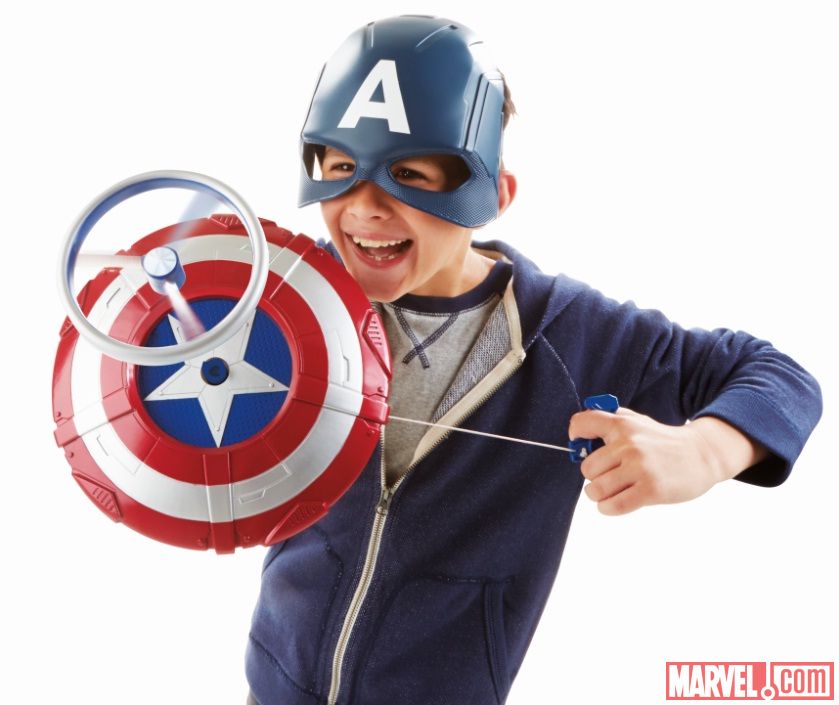 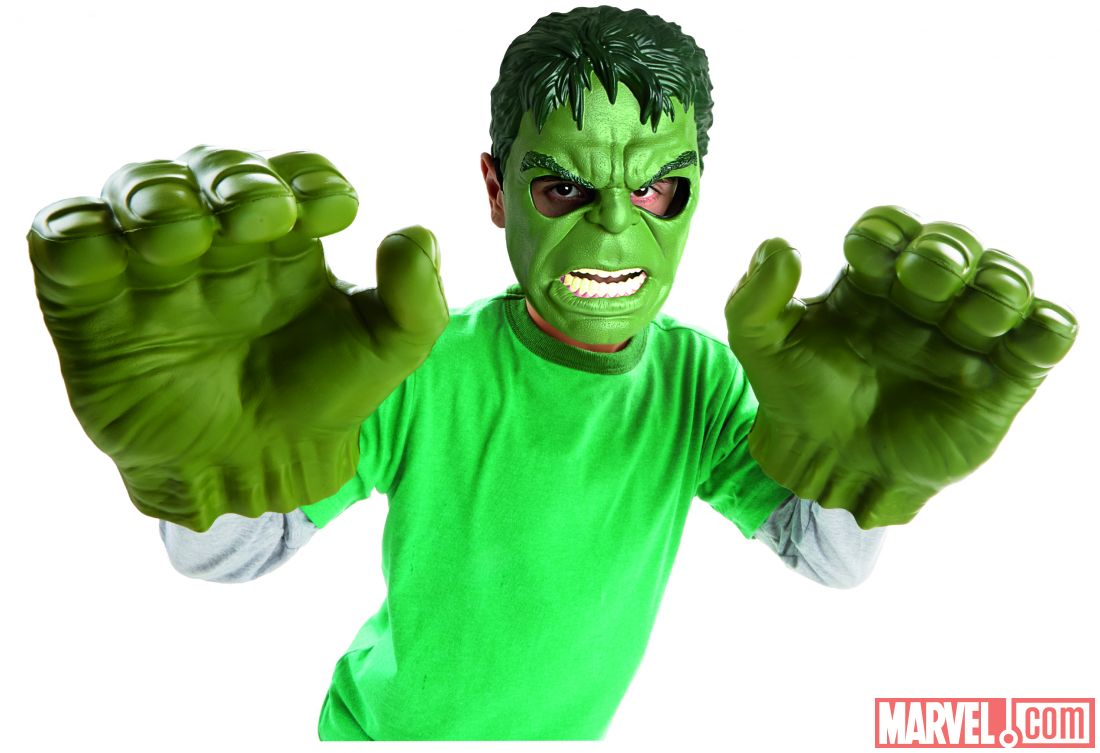 For all you Captain America fans, pick up the new “Captain America Star Launch Shield” and pull the ripcord to shoot a disk out of the center to give the dangerous Ultron a surprise counter attack! If a Hulk Smash is more of your style, grab a pair of the “Hulk Gamma Grip Fists” to grip, grab and hurt any villain (and occasionally Thor) that stands in your way. Lastly, for all you tech geniuses out there pick up the “Iron Man Arc FX Armor” and use some advanced Stark Tech to blast anyone threatening the planet. 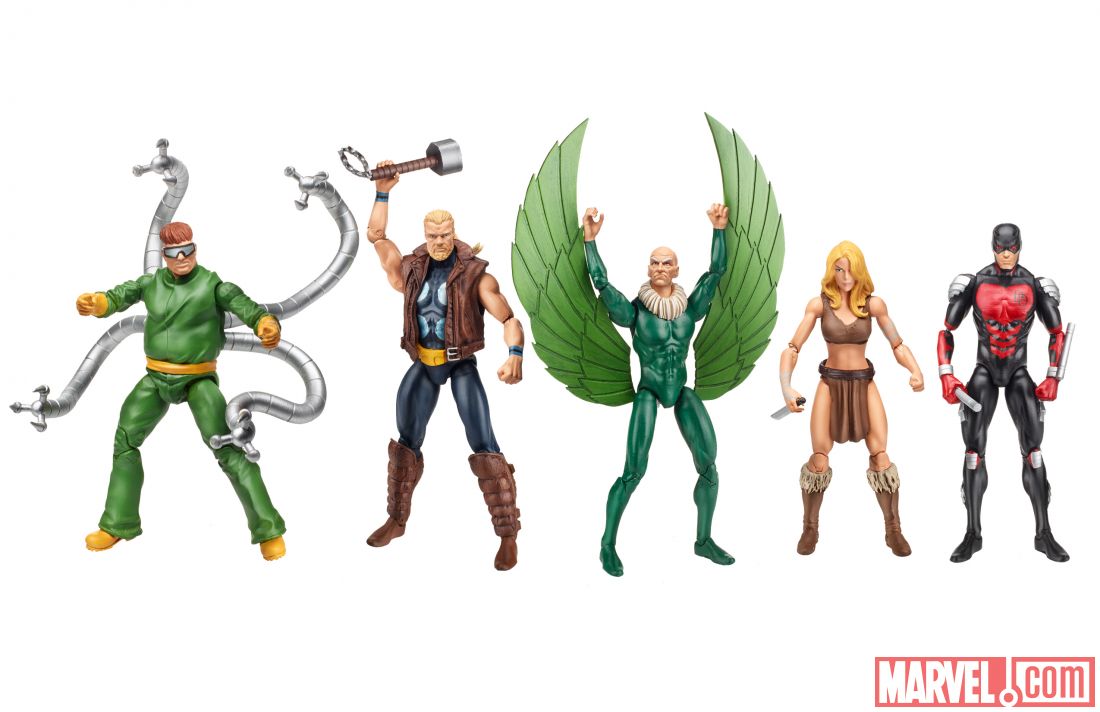 Could we see that last suit turn up on Netflix? It's dissimilar enough to the Affleck version, similar enough to many of the Cinematic Universe costumes, and grounded enough in the comics that many fans would accept it...!