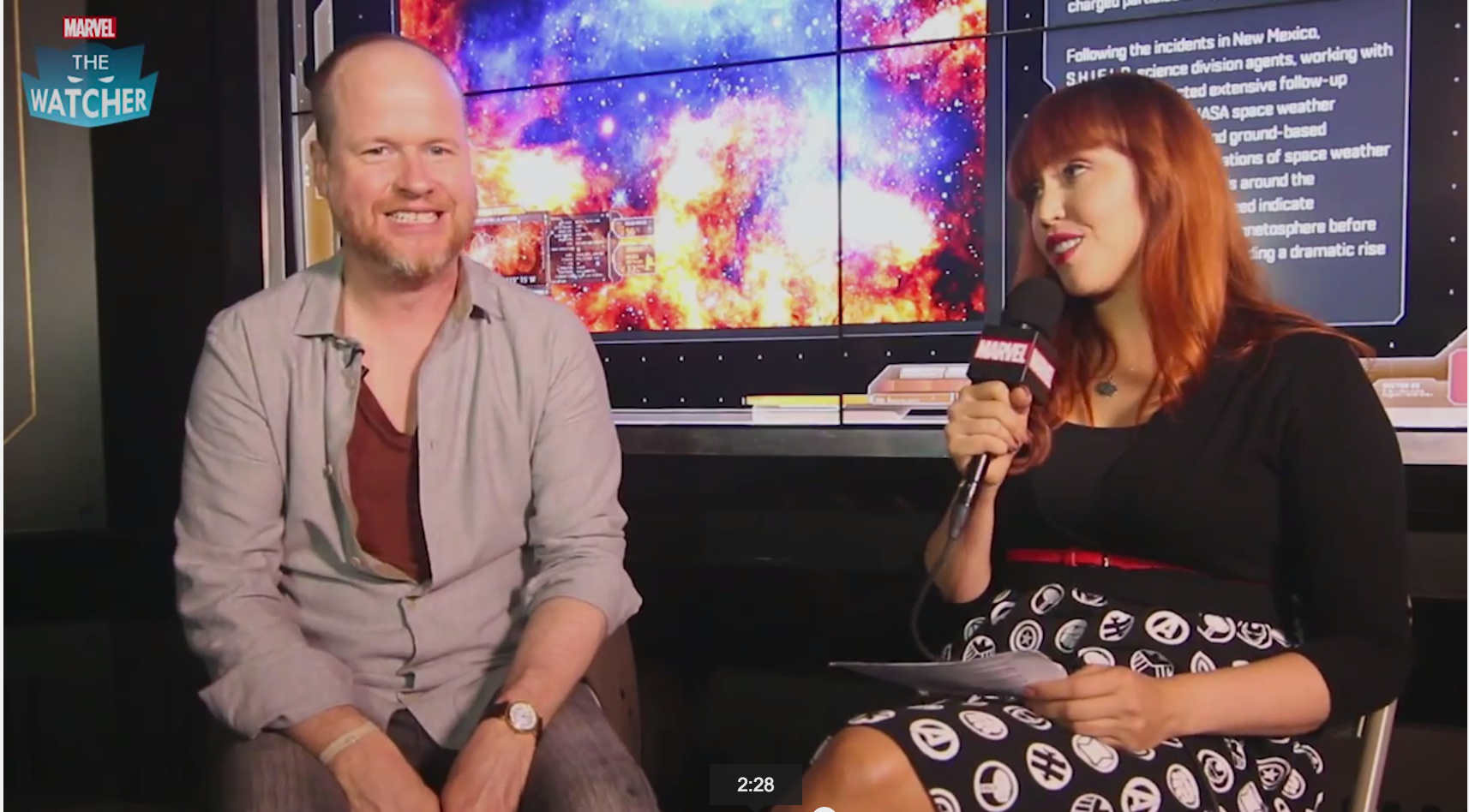 Comic fans everywhere are still reeling from the onslaught of movie announcements courtesy of the House of Ideas. With the Internet hungrier than Galactus for any additional bits of information about Avengers: Age Of Ultron, Joss Whedon gladly delivered.

Guest starring on this week's The Watcher, Marvel's weekly online video show, Whedon dove in to just how big Marvel Studio's tent pole release of 2015 really is. Joss emphasized how global the movie was with shooting locations including, the Italian Alps, Johannesburg, Bangladesh, and all over India.

In Avengers: Age of Ultron, when Tony Stark tries to jumpstart a dormant peacekeeping program, things go awry and Earth's Mightiest Heroes, including Iron Man, Captain America, Thor, The Incredible Hulk, Black Widow and Hawkeye, are put to the ultimate test as the fate of the planet hangs in the balance. As the villainous Ultron emerges, it is up to the Avengers to stop him from enacting his terrible plans, and soon uneasy alliances and unexpected action pave the way for an epic and unique global adventure.

Avengers: Age Of Ultron Will Be A Very Global Film