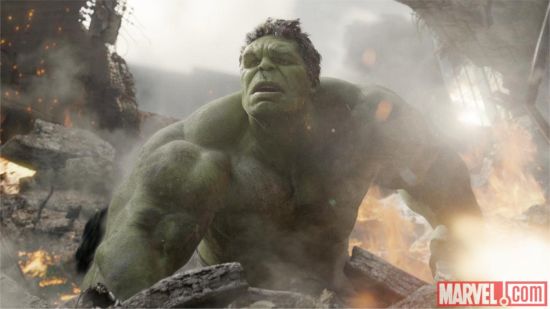 When Marvel Studios announced Mark Ruffalo was replacing Edward Norton as Bruce Banner, it created quite a bit of controversy in the comic book fan community. Most fans were generally pleased with Norton's performance, so the idea of yet another actor taking over the Hulk role didn't sit well with fans. However, after The Avengers movie came out, fans' opinions quickly changed.

Mark Ruffalo was the breakout star of The Avengers, and now many fans could not imagine anyone else in the Bruce Banner role. In fact, there has been huge demand in the fan community for another standalone Hulk movie. In an interview with the French website Reviewer, Marvel Studios President of Production Kevin Feige faced the question of if there would be another Hulk solo movie. While Feige didn't exactly answer the question one way or the other, he did reveal some other interesting details about the future of the Hulk and the size of his role in the Avengers sequel.

Feige said, "We have been discussing after Avengers what that would be, what that would look like. It’s really Mark Ruffalo portrayal of Bruce Banner, in the way Joss Whedon brought him to life in Avengers that worked. It’s even why you ask me that question.  Which is good, we wanted that to happen, we wanted people to come out of Avengers saying The Hulk was their favorite character or at least one of their favorite. The fact that it did happen, was awesome. So, you know, all of the effort related to Hulk right know is going to Age of Ultron. It’s exciting, beacuse he hasn’t been in any other film, so you can expect to have a lot of Bruce Banner and Hulk in Age of Ultron. Where we go after that ? We’ll see. It will be a little while before we figure that out but, we do think there’s plenty of opportunities with the Ruffalo Banner."

Avengers: Age Of Ultron Will Have Lots Of Hulk