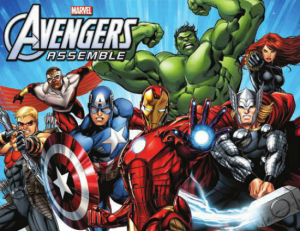 Disney XD's Avengers: Earth's Mightiest Heroes, the fan-favorite Saturday morning animated series that's been living on the edge of cancellation all season long, will end after its current season and be replaced by a new Avengers series in the Marvel Universe block, titled Avengers Assemble.

Along with the official release from Disney earlier today, the image at right was included, promoting the new series.

Officially, the existing show hasn't been canceled; the release says that it simply won't be renewed for a third season.

Recent rumors have suggested that the series would be replaced by a show set in the Marvel Ultimate Universe, allowing it to tie in with the Ultimate Spider-Man series and possibly feature Agent Coulson.