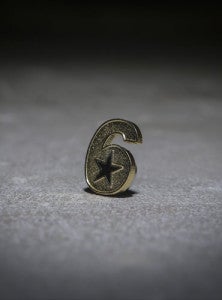 Below, you can check out a new public service announcement featuring Marvel's The Avengers stars Jeremy Renner, Mark Ruffalo and Chris Evans, alongside Eric Stonestreet, Melissa McCarthy, Jessica Chastain and Kerry Washington, voicing their support for the military-centric nonprofit Got Your 6 and the one million veterans re-integrating into civilian life over the next five years.

Got Your 6 is working to empower veterans and their families to ensure they are seen as leaders and civic assets.

Just two months ago, Got Your 6 and leading national retailer Macy's announced that their "American Icons" campaign reached the $3 million goal in just a few weeks and on June 1st Macy's held an additional promotion called "Got Your 6 Saturday" that raised more than $415,000 in addition to the $3 million already raised, so that through "American Icons," Macy's has raised more than $3.4 million to support Got Your 6 and its veteran-focused nonprofit partners.

Avengers Stars, Other Celebrities Support Got Your 6