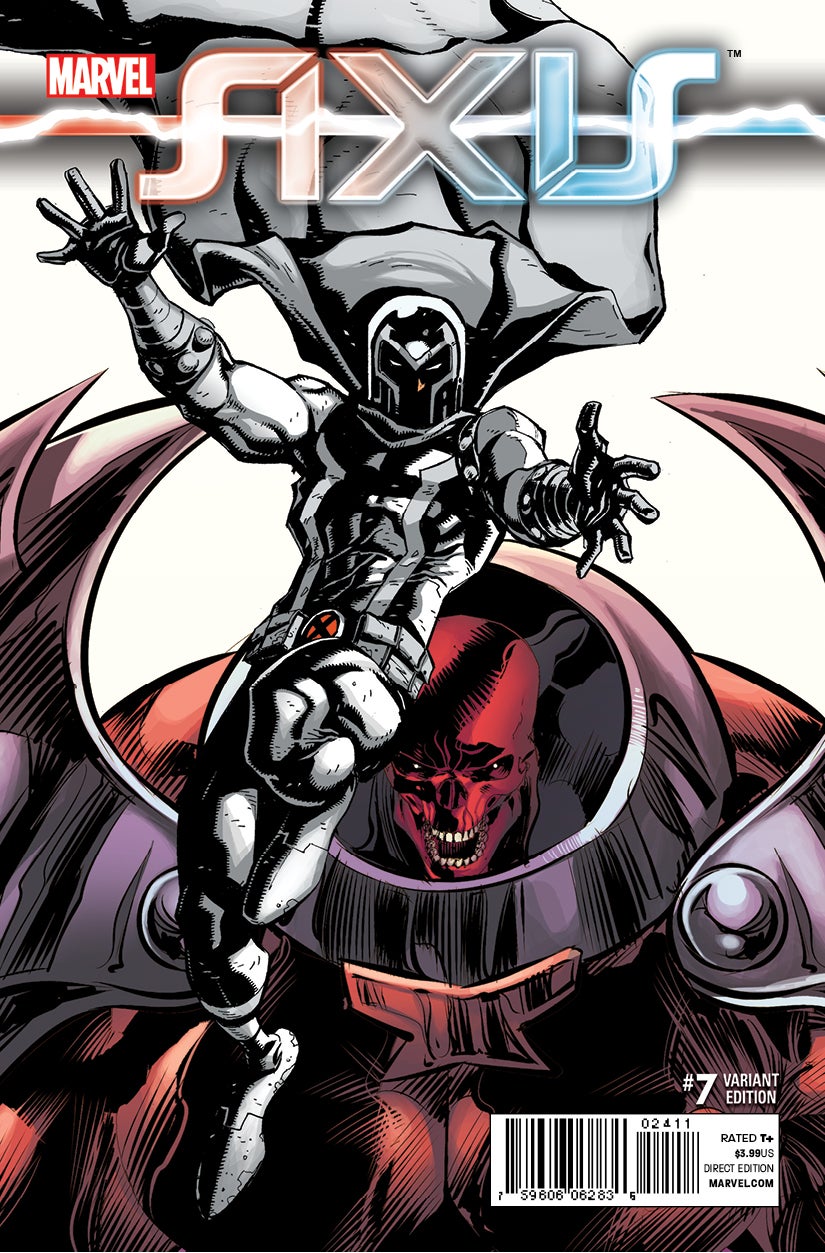 Marvel is offering a sneak peek of Avengers & X-Men: Axis #7.

In the next installment, all-out war hits the streets of Manhattan as Avengers, X-Men, their deadliest foes not only battle for the city but for their very souls: 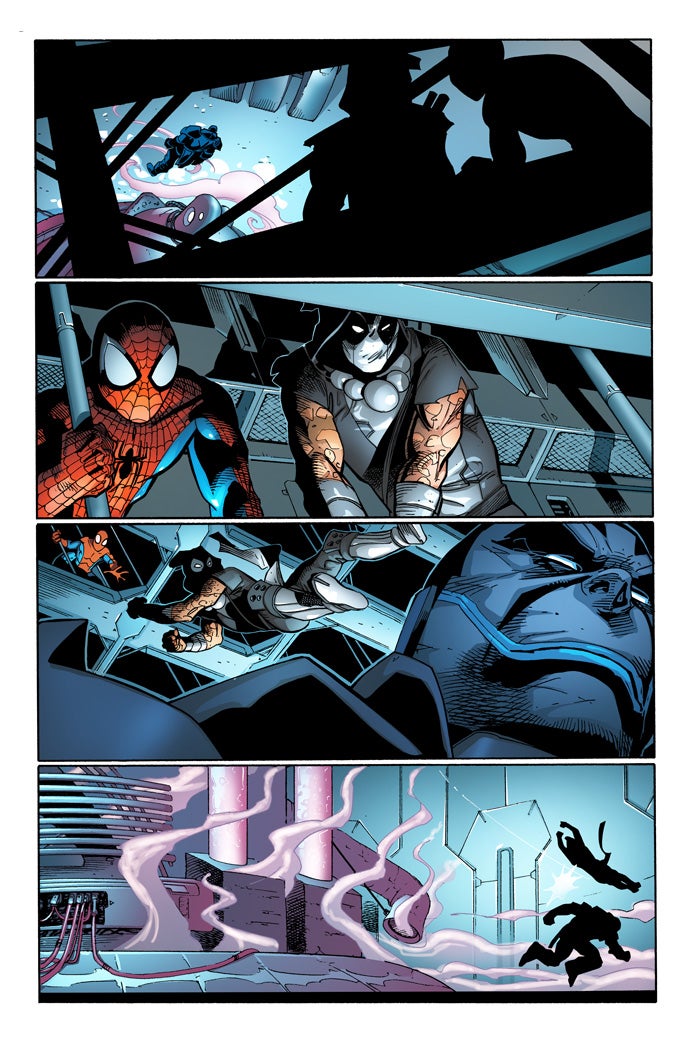 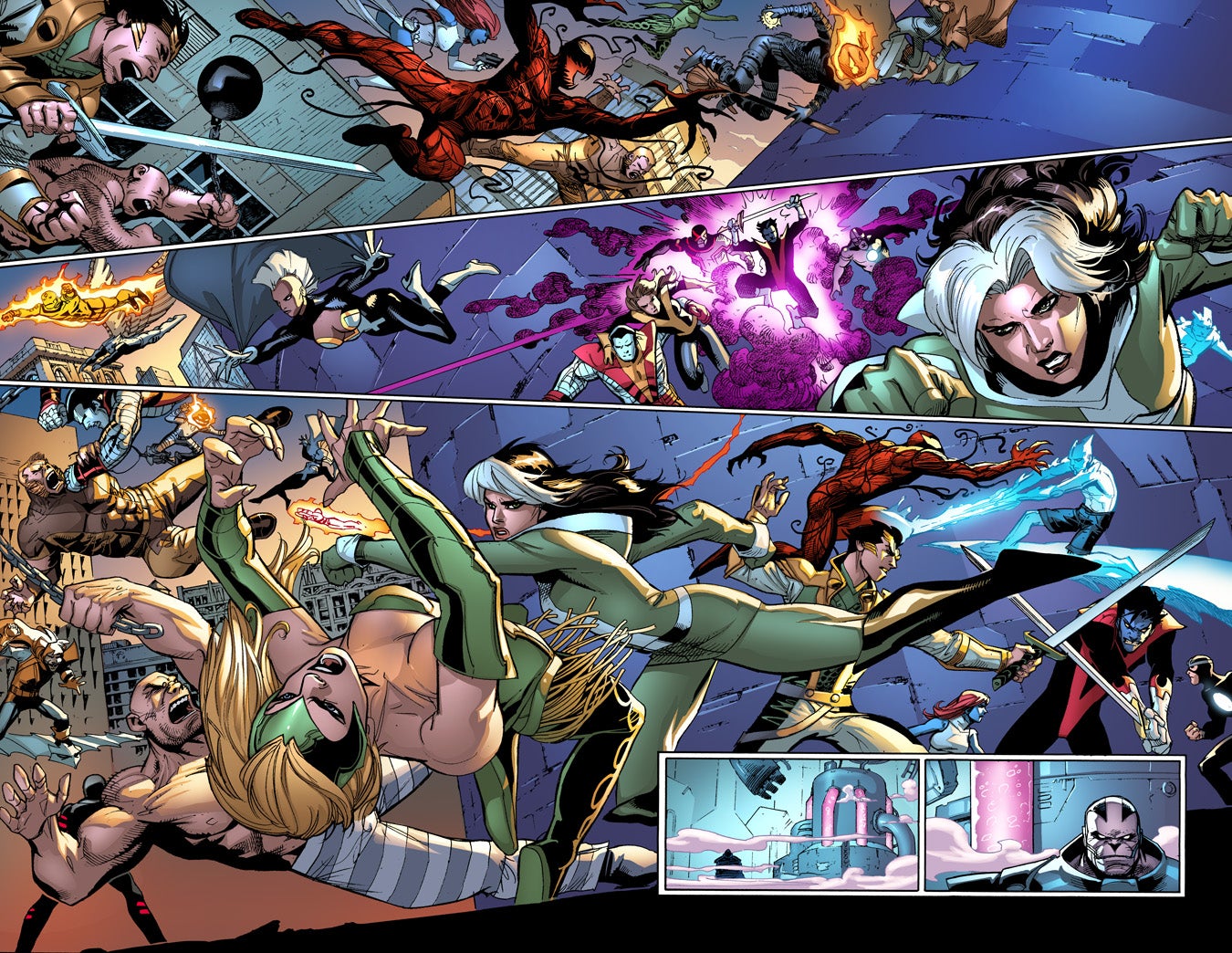 Apocalypse has risen, an army of X-Men at his side. The Avengers have been inverted – their moral compass spinning hopelessly on its axis. And the world's most vile villains now stand as the Marvel Universe's only hope. Yet amidst the chaos the Red Skull, coupled with the awesome psychic powers of Charles Xavier has escaped his prison cell. Where has he gone? Who aided him? And what will he do now that he's been set free?

Rick Remender pens the story for the series while Andy Kubert provides the art.