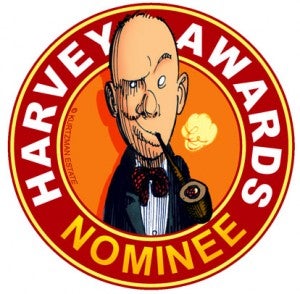 In just one short week, the city of Baltimore, Maryland will once again play host to one of the biggest domestic comic book shows around when Baltimore Comic-Con kicks off on October 10th. This year mark's the convention's tenth anniversary, and in just that short period of time the show has grown exponentially and has added features over those years to make the show even more engaging for fans and attendees. A feature being added this year is a costume contest, complete with a $1,000 cash prize for the winner!! "We wanted to take Sunday (October 11th) up a notch, which is normally the more laid-back day," said Marc Nathan, Baltimore Comic-Con promoter. "We've been asked for years and years to have a costume contest - so we're kicking it off with a bang!" The guest of honor for this year's festivities is none other than legendary comic book artist and writer George P rez, known for his work on titles such as Wonder Woman, The Fantastic Four and Crisis on Infinite Earths . There will be a special panel on Saturday, October 10th dedicated to P rez, with the artist discussing his life and work in the comics industry. Another major highlight of the convention will be the banquet given on the evening of October 10th for the annual Harvey Awards, the premier awards ceremony that honors excellence in the comic book field. That ceremony will also see comics legend Neal Adams honored for his accomplishments and contributions to the HERO Initiative, which seeks to aid comic book writers and artists who are in need of financial assistance. The guest list for this year's show includes a strong mix of established talent with up and coming companies, writers and artists. Paul Azaceta, Brian Michael Bendis, Matt Fraction, Adam Hughes, Frank Cho, Jamal Igle, Brian Pulido, Tim Sale and Mark Texeira are just some of the talented individuals you can expect to see and have the chance to meet at this year's convention! Fans should also look to attend the many panels offered over the course of the two-day event. Discussions on digital comics, an Image Comics panel, a Marvel discussion on upcoming events, DC's Ian Sattler and a chat with the talent behind Dark Horse's Buffy Season Eight are just a few of the highlights! Tickets for the show are still available through Ticketmaster, and fans will also need to purchase tickets for the Harvey Awards banquet and ceremony. The show will run from 10-6 on Saturday, October 10th and 10-5 on Sunday the 11th. Check out the convention's site here!