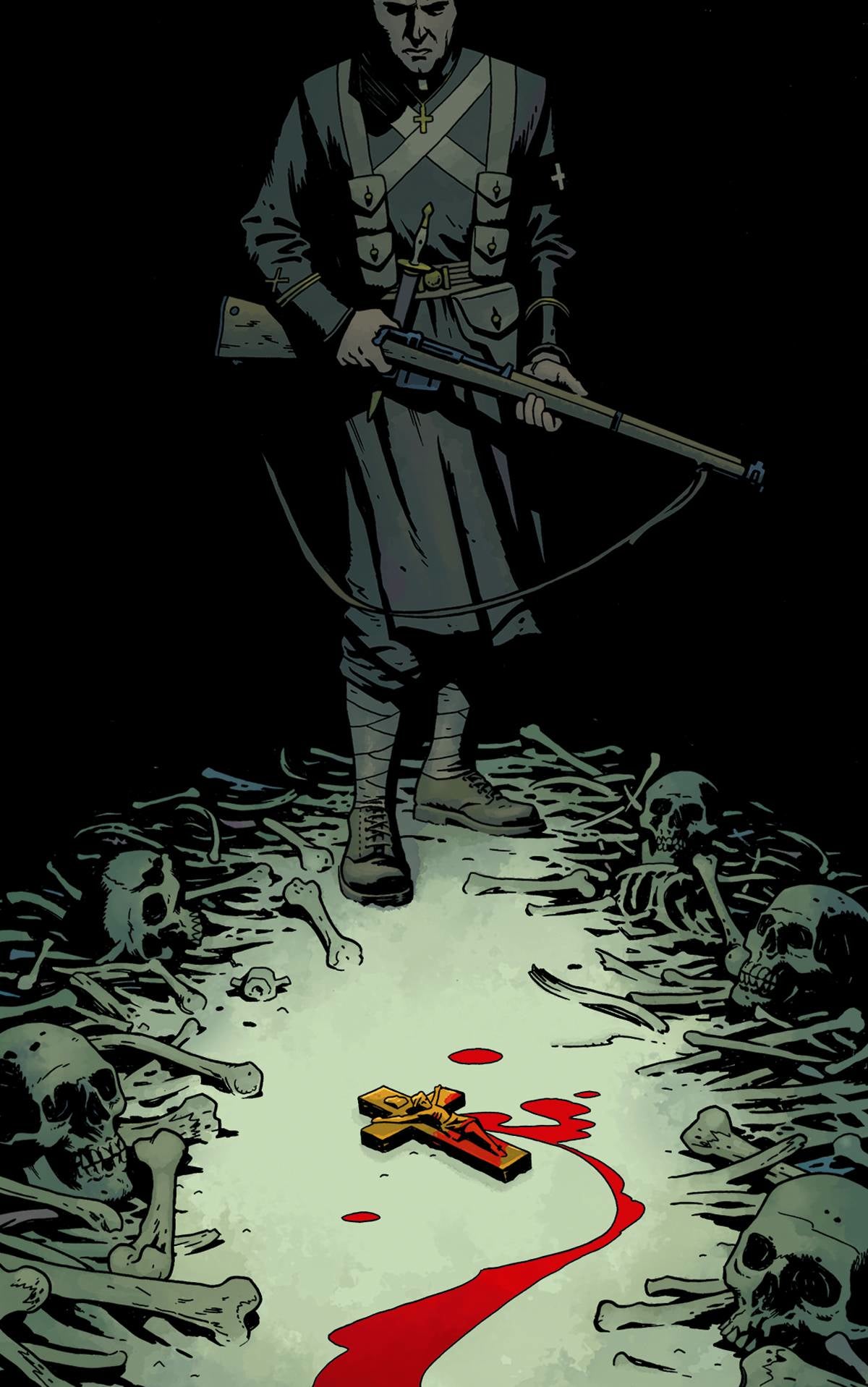 Mike Mignola is the undisputed, unrivaled master of horror in Western comics. If horror comics were boxing, then Mignola would be Muhammad Ali. He frightens like the human fly and scares like a banshee… And now I'll stop trying to be clever. The comics of the "Mignola-verse" compose the gold standard of this genre in comics. Hellboy may be the best-known title, but comics like B.P.R.D., Abe Sapien, and Sledgehammer 44 are far better at capturing the spirit of terror. Each of the series in Mignola's lineup at Dark Horse Comics strikes a different mood and Baltimore may be the most potent horror title of the entire lot. The first issue of the new two-part mini-series Baltimore: The Wolf and The Apostle shows why.

Baltimore is effective because it relies on very little to continue as a series. While it may be safe to assume the title character will survive the events of each mini-series, every other character is fair game. Even Lord Baltimore is not safe; Mignola has already killed the title character of his best selling series. There is darkness to this story that cannot be found in most ongoing narratives. The nature of these stories relies upon things remaining the same, while horror depends on an uncertain world, one where characters make mistakes and suffer terrible consequences. That is a rare thing to find in comics, but is a constant here.

This mini-series, co-written by Christopher Golden, features Lord Baltimore seeking out a mutilated victim in order to discover the origins of a dangerous wolf-like monster. Baltimore's words and actions in this issue act only as a framing device for the victim's story about a group of Catholic priests who attempt to hunt their brother who has been transformed into the monster. The band of hunters are introduced and characterized in quick succession. Mignola and Golden provide just enough space for some of the men so that they feel like real human beings before they are put at risk.

Artist Ben Stenbeck makes the comic feel as dark and terrifying as it seeks to be. Rather than depict the monster and its gory battles, he focuses on the results of those battles. The monster is never actually revealed, except in a flashback that may reflect imagination just as much as reality. Panels of desecrated churches and mutilated members of the clergy are bound to shake some readers. They are not focused on gore, using silhouettes and careful compositions to present the idea of atrocity instead of the most horrific details. That focus on the idea over the thing itself is consistent throughout his work. Even when the monster is found, its actions are never shown. It is always just out of sight, allowing reader's to conjure far worse images than a pencil and ink ever could.

Stenbeck sets an oppressive mood in all of these scenes with shadows that are not only oppressive, but also claustrophobic. The heroes of this story are trapped in a world with no respite or joy. He weaves Catholic imagery and themes of sin and penance through every sequence. It is an effective blend of elements that makes for one of the creepiest comics of the year.

Together, Mignola, Golden, and Stenbeck have crafted a tale that delves into ideas and images that should make readers want to look behind them when out on a cold, fall night. Baltimore: The Wolf and The Apostle #1 is a perfect comic for Halloween.

Baltimore: The Wolf and The Apostle #1 Captures the Mood of Horror Perfectly (Review)