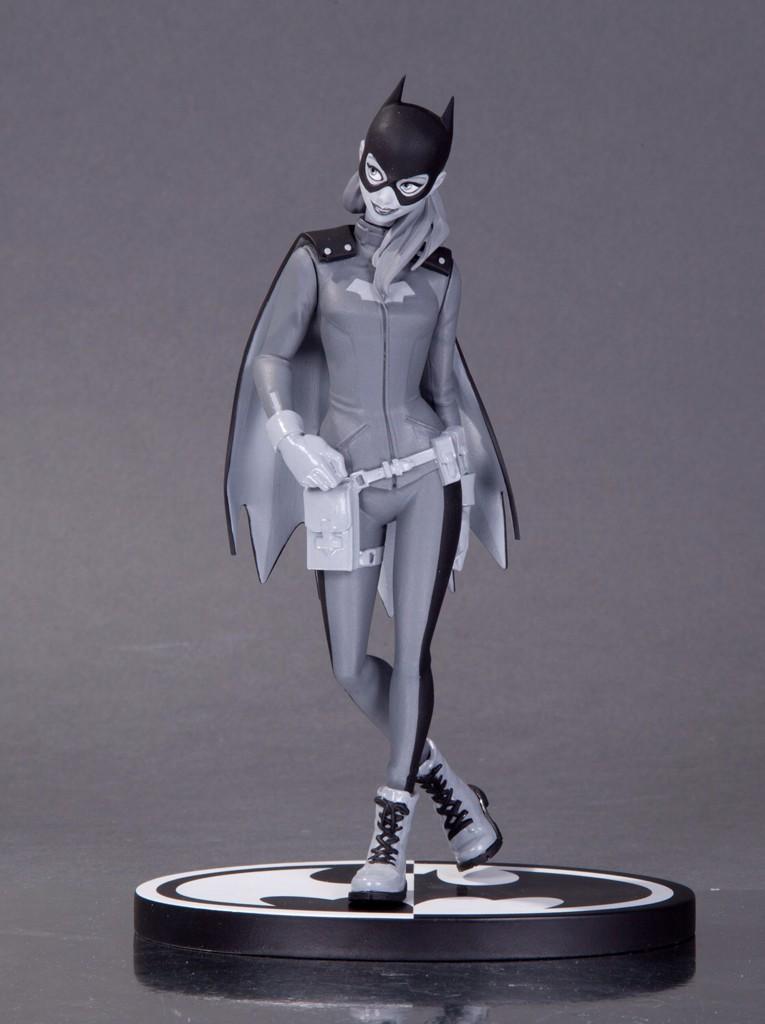 The Batgirl of Burnside is making her DC Collectibles debut with a Batman: Black And White series statue, releasing next fall.

The Batgirl statue is sculpted by Irene Zahar, and is based on Barabara Gordon's recent redesign that debuted in Batgirl #35, along with the new creative team of writers Cameron Stewart and Brenden Fletcher, and artist Babs Tarr.

Check out a video preview and a 360 still-shot of the statue, included below.

The Batman: Black and White line is a long-running series of black and white statues depicting individual artists' interpretations of Batman and associated characters, with the series being inspired by the Batman: Black and White anthology series that did basically the same thing. The quick inclusion of Batgirl's new design is likely a direct result of the sizable fan reaction the redesign received when it was first revealed, and the positive response to the comics that followed.

Batgirl Of Burnside Gets A Batman: Black And White Statue Next Fall