The challenge, for the five of you out there who haven't yet heard, is to benefit research for ALS (colloquially known as "Lou Gherig's Disease") and medical and quality of life services for those already afflicted.

You can check out the full Ice Bucket Challenge, along with some commentary from the creators and a link to donate to ALS charities, below. 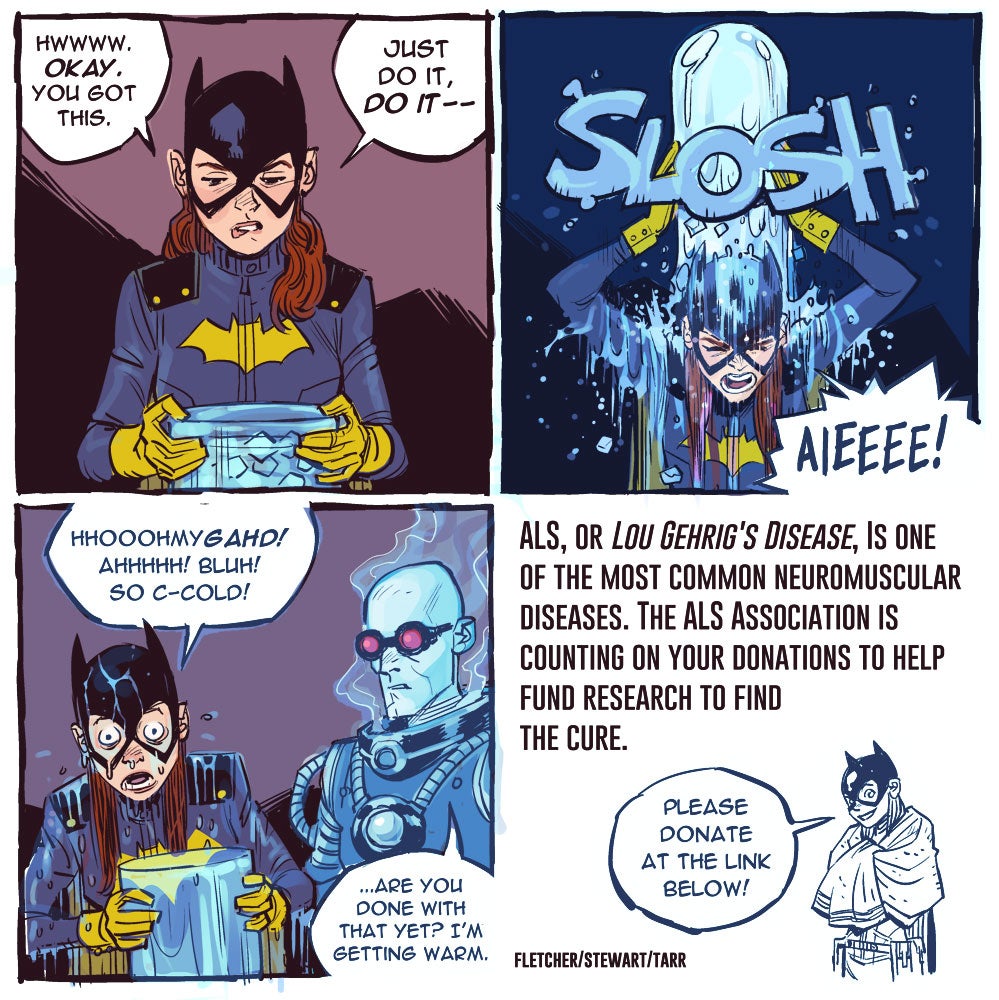 All three of us were called out to do the ALS Ice Bucket Challenge by Stella at Batgirl To Oracle. Since we all live in different countries we figured we'd try something different and get Batgirl to do it for us. ;)

Please donate at the link, even only a few dollars. it's for a good cause!

The piece was assembled by writers Cameron Stewart and Brenden Fletcher, who will come on board Batgirl in October with newcomer artist Babs Tarr. Their plan is to take the character in a more lighthearted direction, a la successes like Daredevil, Quantum & Woody and the Guardians of the Galaxy movie.

"Batgirl has really been put through the wringer in recent years," Stewart said at the time of the announcement. "After being attacked and paralyzed by the Joker, her brother turning out to be a serial murderer, the trauma of her family breaking apart and the series of gruesome villains she's had to contend with, we figured she deserved a break from all that. Just prior to the start of our story she's pushed to the breaking point and decides that she's had it with misery and darkness and wants a change. She wants the opportunity to have some fun and live the life of a young, single girl in the city, so she packs up and moves to Burnside, the cool, trendy borough of Gotham, to focus on grad school."