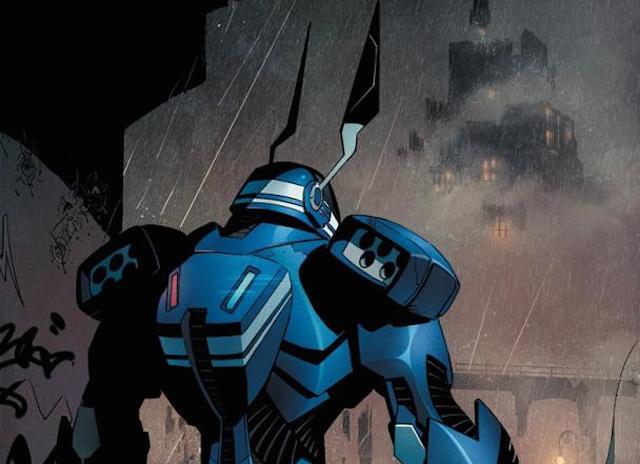 Not only is Batman sporting a new mechanical suit, but he’s getting a slick new pair of underoos as well.

As revealed in today’s Batman #41, the new Batman has a second skintight suit underneath his behemoth armor. Skirting the line between dive-suit and Under Armour, the second costume allows Batman to exit the armor for missions requiring a finer touch. The much simpler suit comes with minimalist “utility belt,” which helps holster Batman’s new stun gun.

Take a full look below. 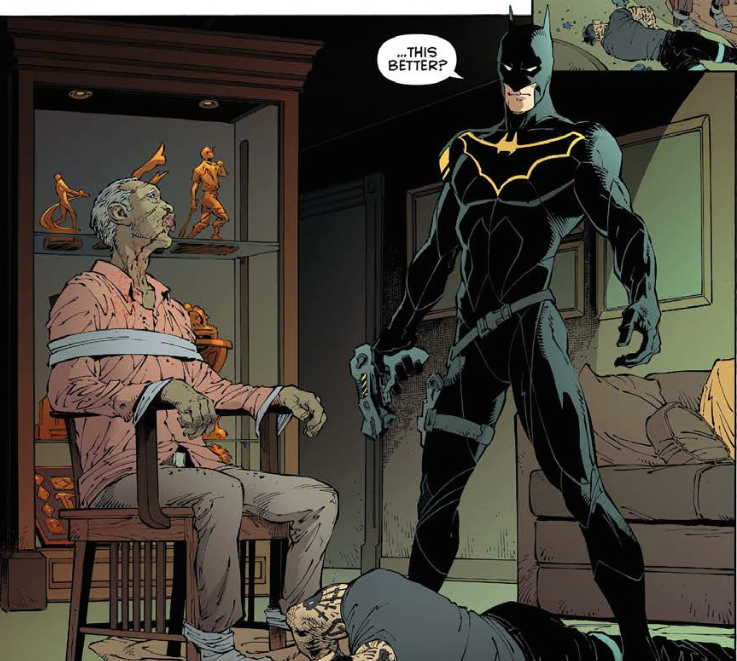 We'll say this much: The second suit is certainly less bunny-like. But what do you think, readers? Are you fans of the surprise batsuit? Let us know in the comments below.

Batman #41, written by Scott Snyder and illustrated by Greg Capullo, is on-sale today. Be sure to check out ComicBook.com's review here! (Hint, we liked it.)