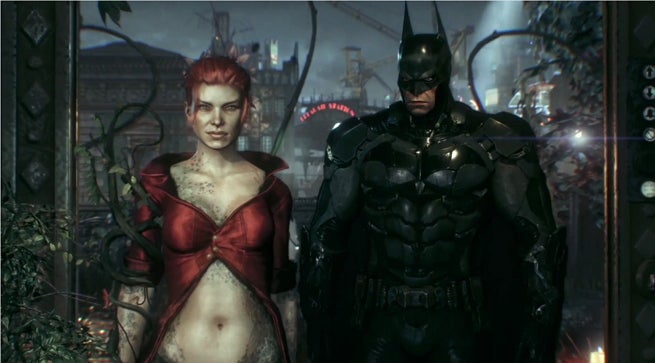 The video footage was captured from actual gameplay on a PlayStation 4 system during the early portions of Arkham Knight. The clip features Poison Ivy, the Scarecrow, and the Batmobile in action.

In Batman: Arkham Knight, Batman and his allies go to war with a rogue's gallery that's been united under Scarecrow, and back by the mysterious Arkham Knight and his private army.