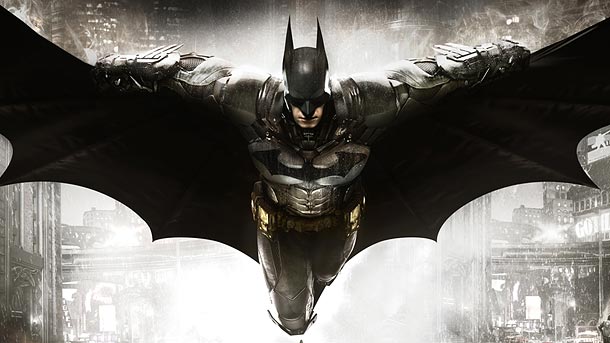 Just yesterday Batman: Arkham Knight was announced. The game will be Rocksteady's final Arkham game, concluding the trilogy that they began in Batman: Arkham Asylum and continued in Batman: Arkham City. Not much is known about the exact plot of the game beside that it will take place one year after the events of Arkham City and will feature Batman at the pinnacle of his power. The title, description, and trailer have all raised some questions in the minds of fans. Here are five interesting ones for you to ponder while we wait for more details. Will the Suicide Squad Show Up? One of the biggest surprises of Arkham Origins was seeing Amanda Waller recruit members into the Suicide Squad. But will the team show up in Arkham Knight? Its hard to say. Arkham Origins was developed by a separate team, so it's possible that Rocksteady has no interest in the Squad. Perhaps WB Games Montreal was laying groundwork for the post-Rocksteady future of the franchise. But the Suicide Squad showing up in Arkham Knight would probably go a long way towards making Arkham Origins feel like an integral part of the franchise, rather than just a diversion. Why are the Villains Working Together? So here's something unique in a Batman story: his villains are working together. Spider-Man has his Sinister Six/Syndicate, but Batman's villains are usually too crazy to work together. In fact, for the majority of the previous Arkham video games, the villains were trying to kill each other as much as their trying to kill Batman. The trailer for Arkham Knight clearly shows Two-Face, The Penguin and Harley Quinn all working together (and I would assume that Scarecrow's voiceover at the beginning suggests he's in on the plan as well). The Joker's death in Arkham City likely removed the most chaotic part of any Gotham underworld alliance while also giving the remaining villains a pretty good reason to watch each other's backs. Who is the Arkham Knight? Rocksteady has clarified that the games' Arkham Knight title does not refer to Batman, but to a new character created for the game. No further details have been released just yet, but how "new" is this character going to be? It could be an entirely original character added to the game, or it could be another character hiding his identity. Which leads us to our next two questions… Where's Hush? Just the day before the big Arkham Knight reveal, we reported on an update from the Batman: Hush Facebook page hinting a big announcement, but the update also implied that the big announcement would feature Hush. Well, we got the big announcement, but no sign of Hush. So where is he? Well, he hasn't shown up in person, but that doesn't mean he's not there. Remember, the original Hush storyline had Hush assembling a gauntlet of villains for Batman to fight through. The whole story basically read like the script for a video game. So, considering the villains of Gotham are quite suddenly working together, could Hush be the one pulling the strings? The reading of Thomas Wayne's will during the trailer may also be a hint at Hush's inclusion. Remember, Hush is Tommy Elliott, Bruce Wayne's boyhood friend who grew up with a grudge against the Waynes because Thomas Wayne tried to save Tommy Elliott's parents after a car crash (it didn't make much sense in the comics either). Perhaps Bruce remembering his father's will is meant to remind us of Thomas Wayne's role in creating Hush. We also know, from Arkham City, that Hush has taken on Bruce Wayne's face, a plot thread that was left dangling by the end of the game. But will he be the Arkham Knight? Maybe, but I think it may be someone else… Will the Joker Return? A lot of players might hope that the Joker remains dead in this game, already burnt out from three other games with him as the main antagonist. If this was just another game in a long series, I would agree, but as the final chapter of a trilogy that has already spent so much time with the character, it would just be absurd for him not to make a return. How remains to be seen, as does the question of whether or not he'll take on the mantle of the Arkham Knight, but it seems like a solid way of keeping things a mystery for a good portion of the game. We'll have to wait and see. Batman: Arkham Knight will come to Xbox One, PlayStation 4 and PC later in 2014.