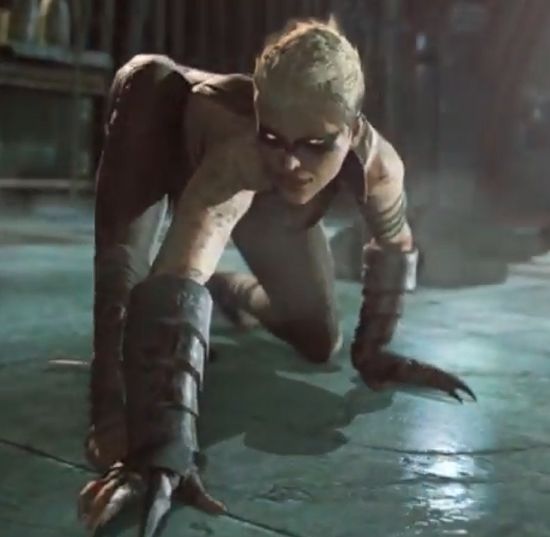 Warner Bros. Interactive Entertainment has released a brand new video for Batman: Arkham Origins, which provides a special behind-the-scenes look at the introduction of Copperhead in the game. One of the assassins out to collect the bounty on Batman's head, Copperhead is agile, venomous, and ultimately one of the biggest threats to the Dark Knight. The behind-the-scenes video shows off the elaborate motion capture process that brings Copperhead to life in Batman: Arkham Origins and includes commentary from the game's Cinematic Director and Stunt Coordinator. Developed by WB Games Montréal, Batman: Arkham Origins is based on DC Comics' core Batman license and introduces an original prequel storyline set several years before the events of Batman: Arkham Asylum and Batman: Arkham City.  Taking place before the rise of Gotham City's most dangerous criminals, the game features an expanded Gotham City and showcases a young and unrefined Batman as he faces a defining moment in his early career as a crime fighter that sets his path to becoming the Dark Knight. As the story unfolds, players will meet many important characters for the first time and forge key relationships. Batman: Arkham Origins is available now for the PS3™, Xbox 360®, the Wii U™ system, and Windows PC.  Batman: Arkham Origins Blackgate™, the companion handheld game developed by Armature Studio, is available for PlayStation®Vita handheld entertainment system and the Nintendo 3DS™ handheld system.