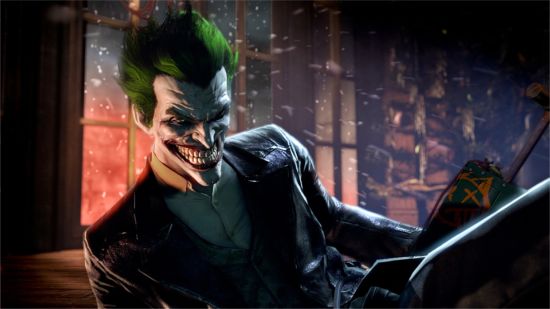 At the 2013 New York Comic Con, the biggest highlight of the Batman: Arkham Origins panel was when Troy Baker gave the crowd a sample of his Joker voice. Baker read some monologue from The Killing Joke. His voice as The Joker was perfect, and his chilling rendition of part of The Killing brought the audience to their feet. After giving Baker a standing ovation, the crowd began to chant that they wanted more. Baker obliged by singing one line of a song as The Joker. Batman: Arkham Origins is the next installment in the blockbuster Batman: Arkham videogame franchise. Taking place before the rise of Gotham City's most dangerous criminals, the game showcases a young and unrefined Batman as he faces a defining moment in his early career as a crime fighter that sets his path to becoming the Dark Knight. As the story unfolds, players will meet many important characters for the first time and forge key relationships. Batman: Arkham Origins is scheduled to be released on October 25, 2013.