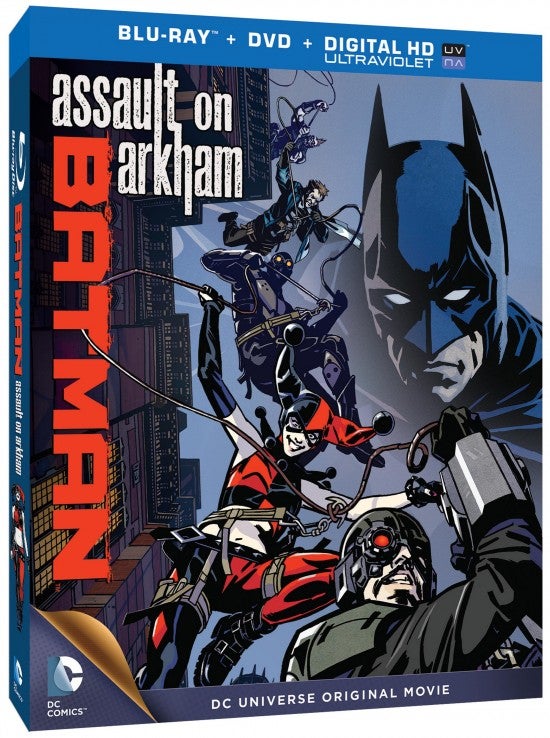 will see the Dark Knight Detective square off against the Suicide Squad on August 12, 2014, Warner Bros. Home Entertainment announced today.

The latest DC Universe original movie will see the Suicide Squad, fresh off their appearance on Arrow, head to the animated-feature market in a movie that takes place in the same universe as the Arkham Asylum series of video games. It's set to take place two years prior to Arkham Asylum, the first game in the franchise.

“Batman: Assault on Arkham is a thrill-ride with everything a fan would want — a courageous super hero, depraved villains, and suspenseful plot twists,” said Mary Ellen Thomas, WBHE Vice President, Family & Animation Marketing. “Featuring voice talent from some of today’s hottest television actors, Warner Bros. Home Entertainment is proud to release this as the next DC Universe Original Movie.” 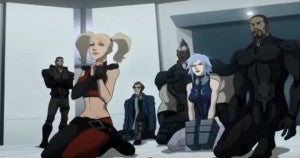 “Working on a new Batman story is always exciting,” said Sam Register, President, Warner Bros. Animation and Warner Digital Series. “As a fan of the Arkham video games, I know this movie is going to entertain all Batman groups, from comic book and super hero fans to the most dedicated gamer.”

You can check out official details on the release below.

Gotham is in great danger when the government assembles a group of villains — code named the Suicide Squad — and forces them to break into Arkham Asylum to retrieve top secret information stolen by the Riddler. Things take a turn for the worse when one of the Squad members (Harley Quinn) frees the Joker, who is intent on blowing up Arkham Asylum and Gotham City. Batman must use his super hero wits and strength to thwart the wicked plans of the Joker and the Suicide Squad.

Batman: Assault on Arkham has tons of exciting enhanced content. The Blu-ray Combo Pack will include: