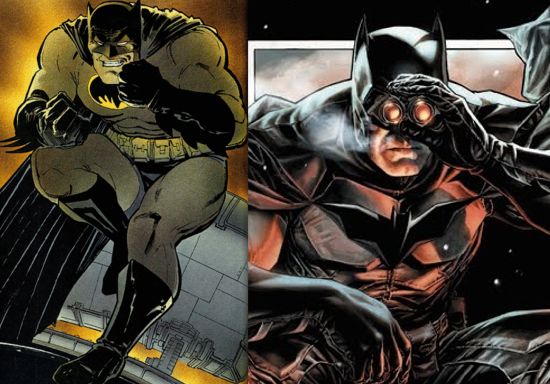 During the Man Of Steel live fan event on Saturday, fanboy Kevin Smith was the host. During his Hollywood Babble-On podcast with Ralph Garman after the event, Smith described himself as the “fat Chris Hardwick” and that the event was “kind of like a Talking Dead for Man Of Steel type thing.”

Smith had teased the possibility of seeing some artwork for Batman Vs. Superman before the event. He explained that Warner Bros. had told him there might be some artwork released, but they were very vague about it. He said some fans were mad at him on Twitter because the artwork turned out to be more “impressionistic” than being from the actual movie itself.

Even though Warner Bros. didn’t release any major Batman Vs. Superman news during the event, Smith said that director Zack Snyder gave him a special treat after the event.

“He pulls me to the side, and he shows me…he pulls out his iPhone, as if it was going to be like look at this picture of my kids. And he showed me something that just…I’m not kidding I went glassy-eyed, and not because I was baked, absolutely glassy-eyed. I went weak in the knees,” said Smith “And it made me happy in such a way that nothing I'm not involved with has made me feel in a long time. I saw the Batman costume. More than that I saw a picture of him [Ben Affleck] in the costume. “

When Ralph Garman asked if Affleck was crying because he tends to cry a lot, Smith joked, “No, he was counting a pile of money, dude.”

Smith continued, “Now, I don’t want to give anything away, because that’s up to them and stuff. But I’m going to say this, man. I instantly bear hugged him. He was happy with that. You have not seen this costume in a movie on film before. It is…and for a comic book fan it was mindbending. I was like get the **** out of here. Only you have enough power to pull this off, man, because everyone always does this ****ing matrixy kind of slash X-men black armor thing. There wasn’t a single nipple on this ****ing suit, man. It was fantastic. I’m telling you as a geek I was just like [pretending to be out of breath]. I was like this is giving me a heart attack.”

Smith added, “It’s its own thing, man. We haven’t been down this path at all. I was so elated. As happy as I was for that movie, as excited as I was, knowing the guy in the suit helps, but whether I knew that dude or not, as excited as I was, I was like a child, dude. I’ve wanted to see Batman and Superman together on the big screen since there was a Batman TV show with Adam West and Superman movie with Christopher Reeve.”

When Garman encouraged Kevin Smith to draw a picture of what he saw, he said he couldn’t but there was someone who could. Smith said, “There’s a very [bleep] influence to it, I would say.”

While whoever Smith said was bleeped out of the podcast, the first guess would likely be Frank Miller, since the movie was originally announced with a quote from The Dark Knight Returns. However, there have also been rumors online that the new Batman costume is inspired by Lee Bermejo’s Batman in the Batman: Noël graphic novel.

Batman Costume In Batman Vs. Superman To Be Like Nothing Shown In The Movies Before