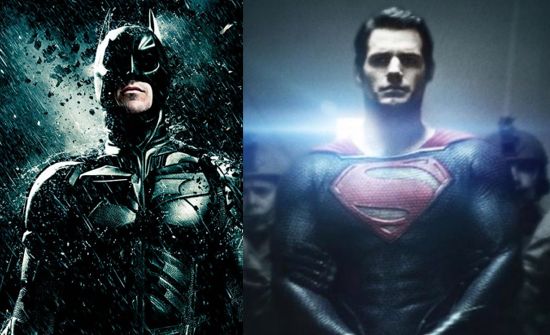 Hold the phones. Things just got very interesting. After months of insisting that he’s done with Batman movies, director Christopher Nolan seems to be getting a little less talkative. While rumors that Joseph Gordon-Levitt was going to play Batman in a Justice League movie were reportedly denied by Gordon-Levitt’s reps, does the same hold true for Man of Steel?

According to Movieline, they asked director Christopher Nolan if there might be a cameo by Joseph Gordon-Levitt or any other actor playing Batman in the upcoming Man of Steel movie. While one might expect Nolan to rehash that he’s done with Batman movies or point out that the movie is about Superman, he gave a decidedly different answer. Nolan smiled and said, “I can't talk about that.  You know that.”

In an article about Dark Knight Rises spinoff rumors, Comicbook.com had wondered if Christopher Nolan could be warming to the idea of The Dark Knight Rises continuing in some form of fashion. While saying he can’t talk about something is not by any means a confirmation, it’s interesting that he wouldn't just deny it. With the Harry Potter franchise recently ending, it would make sense that Warner Bros. would be anxious to get their Batman franchise going again.

Even if Nolan's Dark Knight Rises trilogy is done, what would keep a brand new actor as Batman from making a cameo in the Man of Steel? Since Batman wears a mask, Warner Bros. could include a Batman cameo with a stand-in actor even if they haven’t officially cast someone in that role. Nolan’s no comment gives us visions of a shadowy Batman showing up after the Man of Steel credits to tell Superman that he’s putting together a team. Of course, another possibility could be some sort of Joseph Gordon-Levitt cameo, which would make fans go crazy but could leave the door open as to if Joseph Gordon-Levitt was actually Batman in the Man of Steel continuity.

Batman Could Cameo In Man Of Steel Movie