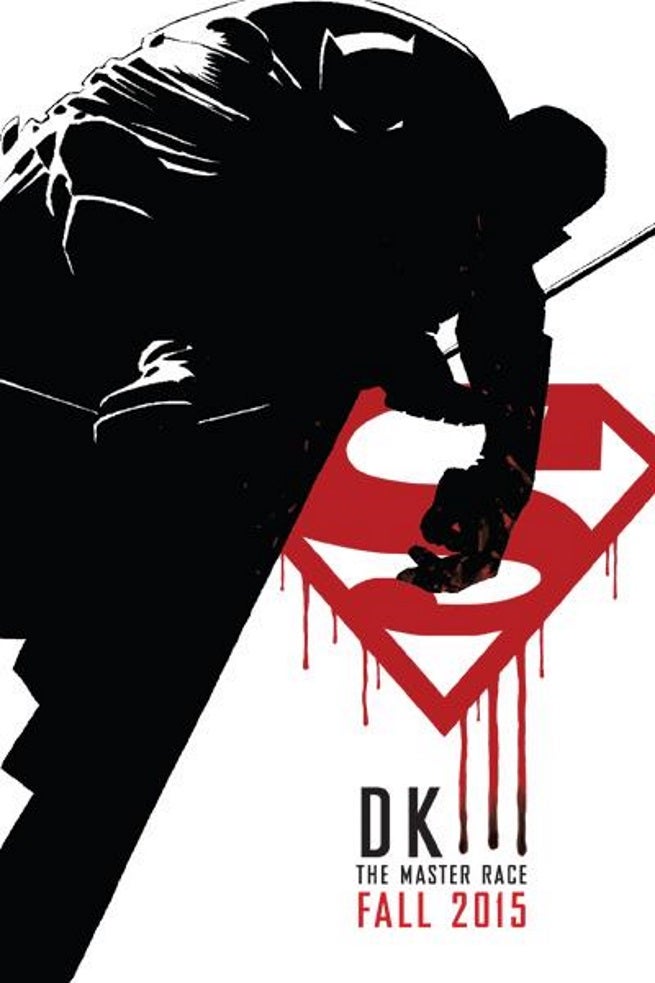 Miller helped revolutionize comics in 1986 with The Dark Knight Returns, a tale of a much older Batman coming out of retirement, which now serves as the inspiration for much of Batman v. Superman: Dawn of Justice and helped redefine the character of Batman for decades to come. The more controversial sequel, The Dark Knight Strikes Again, followed 15 years later.

Miller will co-write the 8-issue miniseries with Brian Azarello (Wonder Woman, 100 Bullets). The series will ship twice monthly. Artists for the series have not been announced.

"Batman remains my favorite comic book hero and a sequel to Dark Knight is going to be daunting," said Miller in a press release, "but we'll do our best."

"We are thrilled to have Frank back home at DC writing Batman," according to Dan DiDio and Jim Lee, Co-Publishers for DC Entertainment. "The story he and Brian have crafted is an astounding and triumphant conclusion to this seminal body of work which influenced and shaped generations of readers and creators alike."

According to Azzarello, "It's been an amazing experience collaborating with Frank these past six months. I think we have an epic story that these characters truly deserve."

The Dark Knight III: The Master Race will release this fall.