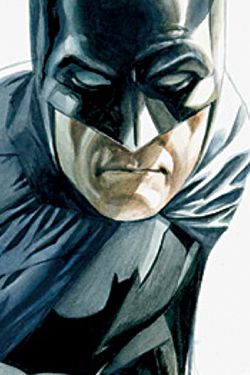 In Batman #681, DC Comics apparently killed off the title character in a helicopter crash. The issue gained a fair amount of media attention, but no where near the amount of attention that earlier comic book deaths of major characters like Superman and Captain America gained. The reason that the story came and went quickly in the media is basically that no one really believed Batman was dead. Even DC Comics executive editor Dan Didio admitted that Batman wasn't really dead. However, the storyline and information coming out of DC Comics suggested that someone else would soon be wearing the Batman mask, so something had or was going to happen to Bruce Wayne. Now, it has been officially revealed that Batman didn't really die in the helicopter crash after all. No, the events of Final Crisis, which Batman appears in, take place after the events of Batman #681. So does that mean Batman is safe and among the living? Not quite, because DC Comics has apparently killed Batman for the second time in Final Crisis #6. In Final Crisis #6, Batman shoots the villain Darkseid, and Darkseid blasts Batman with his energy beams, which are called the Omega Effect. Then, Superman is shown holding up Batman's freshly fried corpse. Amazingly, there has been even less media coverage about Batman's death this second time around, perhaps, because the entire world appears to be infatuated with the Spider-Man and Barack Obama Presidential Inauguration issue. If DC Comics had been thinking, they should have had Barack Obama kill Batman. Now, that's a story that would have sold some comics. Seriously though, an even bigger reason that Batman's death is not the huge media event that one might imagine is that still no one believes that he is really dead. There is already speculation that Darkseid's beams just sent Batman back into time or to an alternate reality and that he will show up in the next issue of Final Crisis. If by some long shot, the Bruce Wayne version of Batman really is dead, then DC Comics has done what many might have considered impossible in the comic book industry. They have killed off a major comic book character without it becoming a major media event.

Batman Dies Again And Still No One Believes It