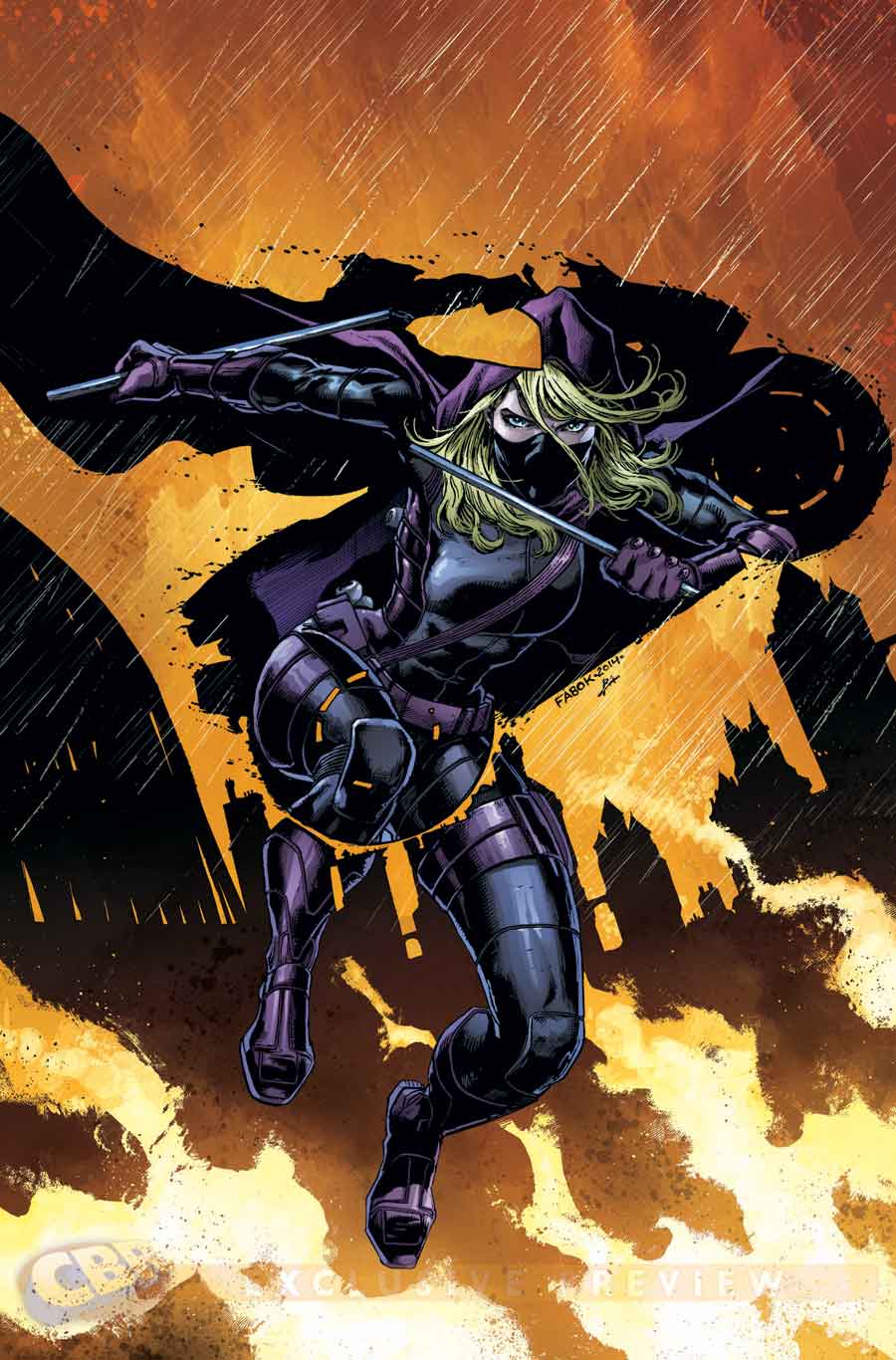 Stephanie Brown will take center stage as Spoiler in Batman Eternal #22, due out the first week in September, DC Entertainment have revealed via CBR.

The character's reimagining for the New 52 is fairly minor, although with more of her face visible and the half-mask look, she somewhat resembles a member of the League of Assassins as seen on The CW's Arrow and on the cover of Birds of Prey: Futures End #1, due out in September as well.

With the Futures End one-shots taking up much of DC's product line in September, in fact, it's really just Batman Eternal that will operate outside of that larger story, with both The New 52: Futures End and Earth 2: World's End seemingly playing into the Five Years Later arc.

You can check out the solicitation for Batman Eternal #24, which gives the first impressions of what Spoiler is up to in the series, below.